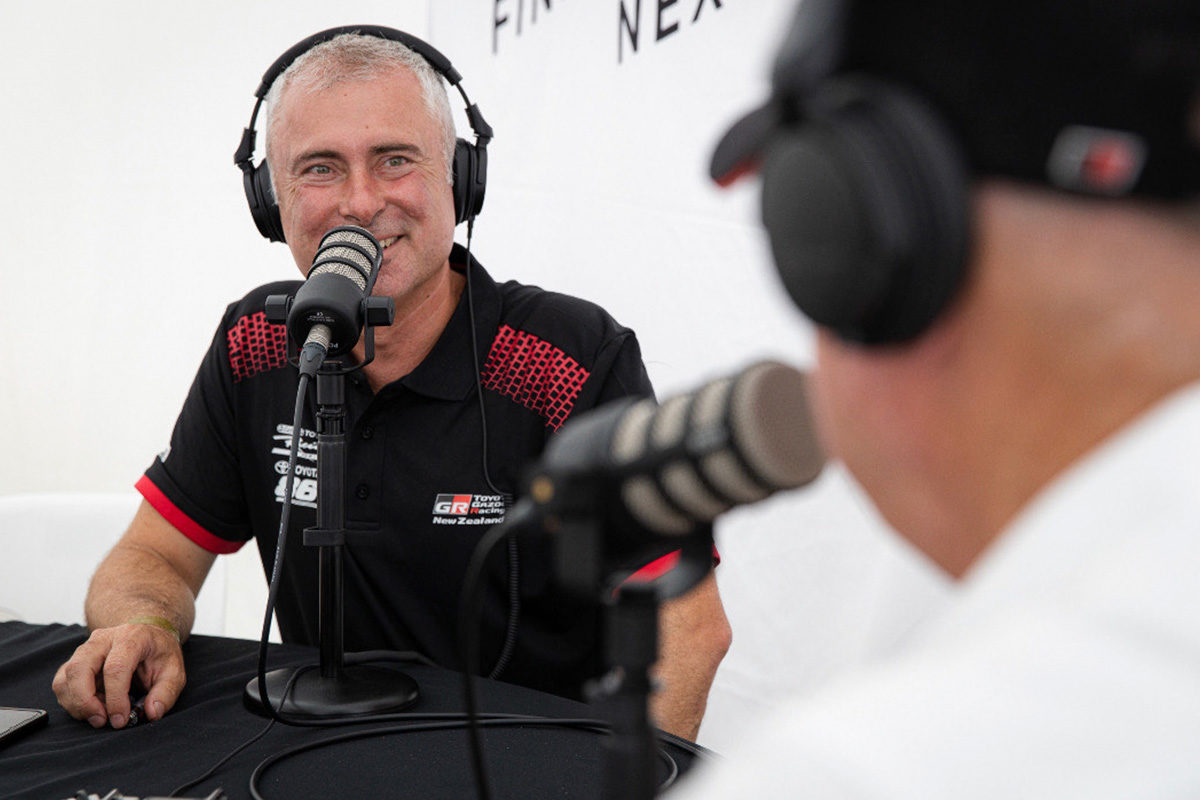 Greg Rust has become one of the most well-known television personalities in Australia, and isn’t showing any signs of slowing down his career, particularly with his Rusty’s Garage podcast going strong.

Aside from his own podcast Rust also features on the Stan Sport SpeedSeries broadcast, something he says has reinvigorated his career.

He described the beginning of his career very much as a ‘sliding doors’ moment from when he was racing go-karts.

“At the Winfield Triple Challenge meeting, which was on the Australia Day long weekend, it was quite a famous Australian race weekend back in the ’90s they would have activities on during the day, and at night time they would fire up the drag strip and there would be a bit of a crossover too, I remember Glenn Seton racing Wayne Gardner in their Supercars on the drag strip,” Rust said.

“The karts were a support act for this event, and the kart club asked me to go along and talk to the commentators on the big screen, and I was a bit reluctant at first. I ended up doing it but afterwards the guy asked me if I would do it again, and I said ‘yeah, I quite enjoyed it’.

“Two weeks later I was in pit lane at Oran Park and I was on the PA doing truck racing commentary of all things, and it just started from there.”

Rust’s career lifted up from there, getting an opportunity through Australian broadcaster David Tapp, son of Johnny Tapp who gave him an opportunity to work at 2GB radio while he was studying, where he ended up reading the sports news during the day.

The ground work he did, working over the PA at different races is something he said was incredibly important to his career, and something he would still recommend to a young up-and-comer in the media industry.

“It teaches you so much in terms of the skills you need for television and it’s a little safer, as you can’t make massive mistakes, but it’s a good opportunity to learn,” said Rust.

Some of his proudest achievements in his career includes participating in broadcasts for MotoGP in Italy and the British Grand Prix. 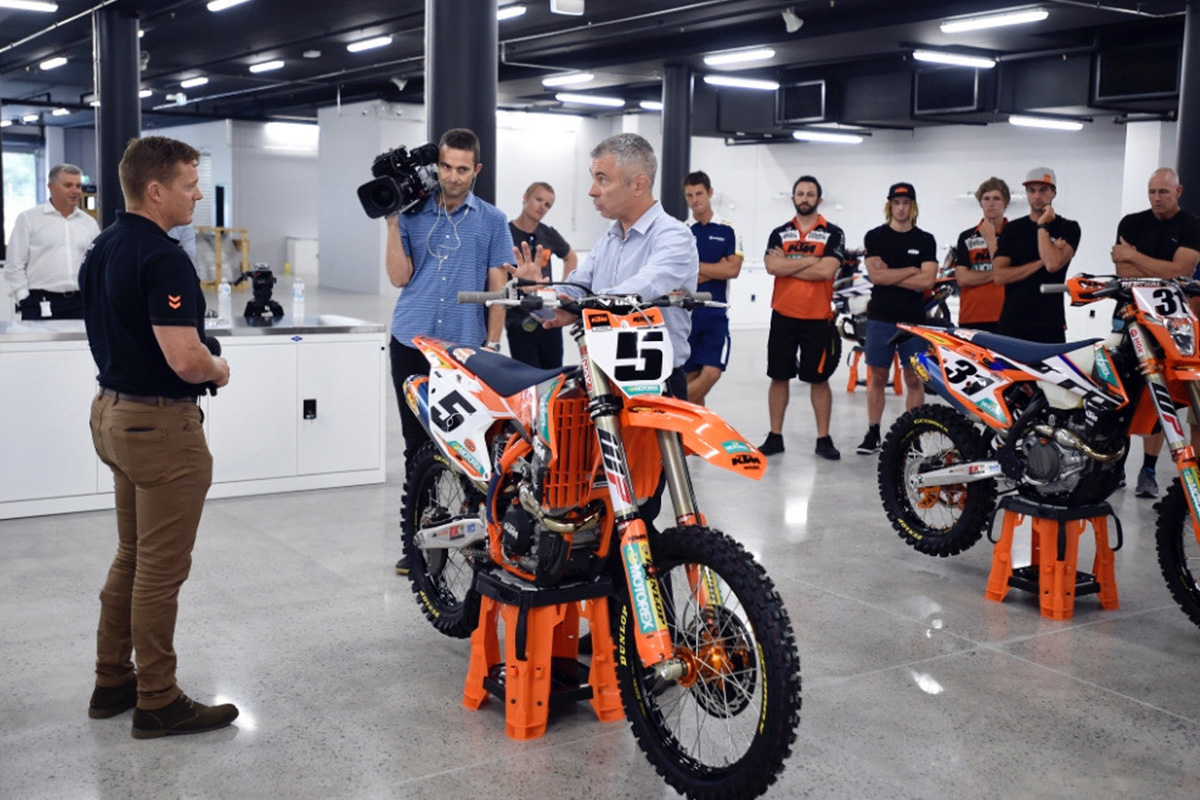 “At those places, there’s so much passion for it, and at historically significant races and tracks they’re very special things in my life,” he said.

“I feel like in time the area I fell in love with and enjoyed the most was pit lane, and trying to answer the questions for the viewer at home and getting that answer from the people that mattered from the driver or engineers, so they can humanise that stuff.

“To work on Formula 1 and Supercars at Bathurst, they’re massive highlights and I’m very fortunate to do it in the age and stage in life that I am now.

“But I’ve never been one to be threatened by that, I encourage that I want to be a part of that, I try to find a way to commentate in a way so they can find their space and grow and spread their wings, and they are all doing amazing things.”

He is also incredibly proud of working at the Sochi Winter Olympics and the Glasgow Commonwealth Games.

“That was a massive step out of my comfort zone, and it was something totally different with a different group of people, and it was a very good thing to test myself with, but it helped me realise that at heart, what I like is conversation.

“If you can steer the ship that gets the experts to come forward with things that people want to hear at home, that’s the most important thing for me, and it was a very big personal high in my career.”

Rust’s last year in the commentary box in Supercars was in 2017, but he truly values diversity in his career.

Rust said he absolutely loved being in the commentary box, but he still enjoys being in the industry, working with and helping big names such as Greg Murphy and Marcos Ambrose through the difficulties of the COVID-19 pandemic.

His more recent work with Stan and Channel 9 has reinvigorated him and his career as well, with a small team, but amazing people behind him, and working with different racing categories he has thoroughly enjoyed as well.

His biggest piece of advice for young people in the industry is to do what you’re passionate about, but be diverse, work with different people and in different codes.

After starting Rusty’s Garage in 2017, he now is working on a number of branded podcasts in the automotive world, which is a relatively new area that he has recently fallen in love with.

He has also periodically media trained athletes, including drivers who have won Supercars races, as well as successful motorcycle drivers.

It’s easy to say that Rust has had an incredible career that is still going strong, and won’t be slowing down any time soon.