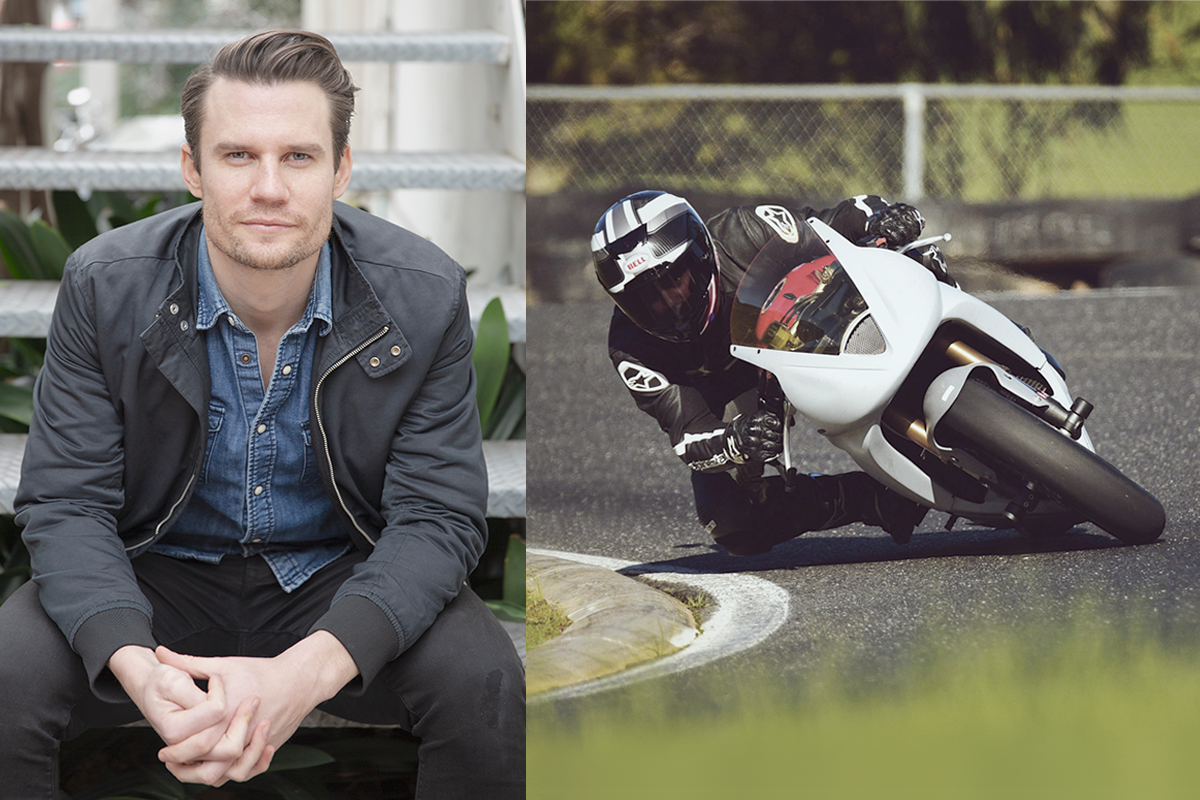 The advent of the Coronavirus and a desire to remain engaged with motorsport spurned Alex Brisbane to do something different when he founded Moto Economista.

Living in London at the time, the Melburnian has a background in marketing and advertising, with experience in the automotive sector.

He’s also dabbled in Supercars, though he confesses his entry into the sport has come on two wheels rather than four.

Having packed up and headed abroad, leathers and helmet in tow, Brisbane’s total track time in the UK amounted to an indoor karting session.

With the world shutdown and his desire to be involved still burning strong, he looked to his own experience and found himself a niche.

“My background has always been in sort of advertising, marketing and communications,” Brisbane explained.

“It’s always been about really foundational marketing and communication.”

Moto Economista was his answer to lockdown. A passion project with the potential to make him a serious player in the motorsport landscape.

“Moto Economista was pretty much just my way of sort of spending a bit of time with motorsport and keeping it as a bit of a hobby without being able to go to a racetrack,” he explained.

“Merging my career history, experience, and that sort of stuff, the more I looked into it the more I found.

“In Australia, I thought there was a bit of fundamental market expertise missing for a lot of mid-tier teams and grassroots sort of motorsport teams.

“The big guys, V8 Supercars, they’ve got a ton of resources, heaps of marketing, comms, PR professionals, but I kind of felt that the mid-tier guys were missing it.

“Moto Economista was the chance to try and find a bit of a business model, and I’m still working on that, that gives teams that can’t compete on a funding level, it can give them a good marketing and comms foundation to go out to market.

“Whether that’s finding sponsors or building their own audience, it’s finding ways of giving them the tools they need to professionalise themselves a little bit more, and then bring a bit of marketing expertise in-house in a way that’s sustainable for that, and manageable for them.”

Brisbane discovered motorsport later in life, through his professional life, but was quickly bitten by the bug.

He’s taken part in a number of track days on two wheels, and was eying his own foray into competition before COVID hit.

Working though that was also a motivating factor behind forming Moto Economista.

“To be able to compete even at club level or grassroots level, it’s very difficult.

“It’s incredibly hard to get funding; if you live in a city you don’t have the space; there’s a lot of reasons why it’s difficult to get into motorsport.

“The more I try to talk to people about it and get a very basic motorsport participation for myself off the ground, you realise just how hard it is.

“So I kind of, for me, could extrapolate out from that and go to people who want to do this for a living or want to do it at a national level, and how difficult it must be.”

Solving that problem, and more specifically developing an understanding of the economics which surround the broader industry are key motivators for Brisbane.

“I quite like the business side of the sport,” he confessed.

“I like how you sort of look at it and at a surface level it’s cars or bikes going around a track in circles.

“It doesn’t look hugely complicated, but as you scratch the surface of how that entire industry exists, the actual economy of motorsport is incredibly, incredibly complex – the value chain that goes into a race weekend is huge.

“For me, the satisfying part is figuring that out,” he added.

“I just find that with motorsport, there’s not been that level of detailed sort of thinking that’s gone into it.

“I’m not a sort of motorsport insider, I’ve not had this my whole life.

“It’s very difficult to sort of research and understand it and get a real grasp on the macro and the micro economics of the industry.

“I also just really enjoy watching motorsport and talking to drivers and hearing their passion.

“They just want to drive the car.”

CLICK HERE to connect with Moto Economista on Networkcafe.com.au.