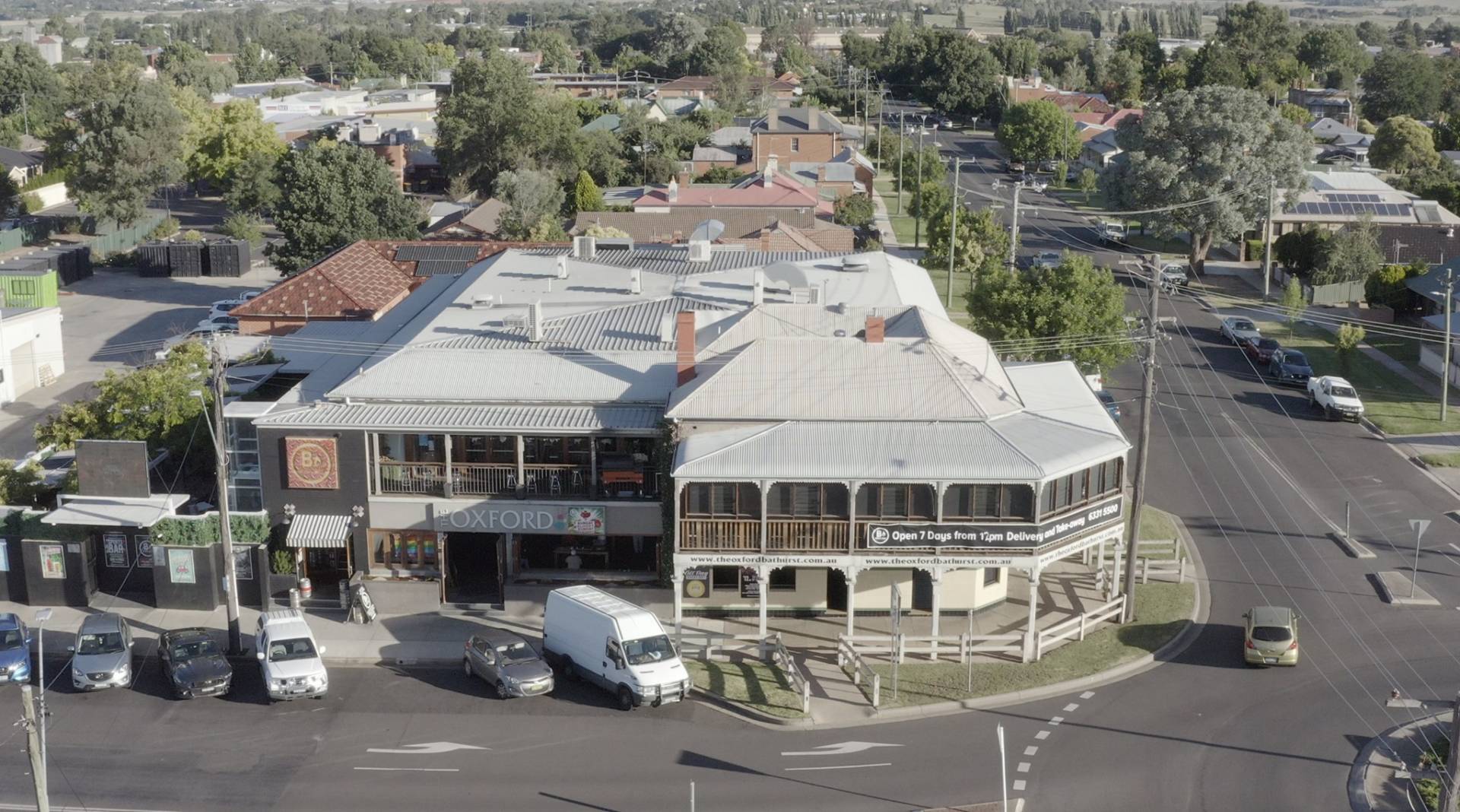 The Oxford Hotel in Bathurst is a local hotspot, but over the course of the Bathurst 1000 it becomes the place to be when not at the track.

Located in the centre of town, just 2.5 kilometres from Murray’s Corner, it is the closest Bathurst pub to Mount Panorama and one that has become intrinsically linked to motorsport on the Mountain.

“Everybody’s going to go past us,” explained Ash Lyons, general manager of The Oxford, as he looks ahead to the Bathurst 1000.

“People like to see, and people even more so like to be seen, and people get seen at this hotel, and they can also see what’s going on.

“It’s just the festive circus and the celebration; it’s a week-long party.”

But while the 1000 is the undeniable highpoint of the year, Bathurst is far more than a one-weekend town.

In recent years is has developed itself into something of a regional destination, and a sporting capital, even aside from motor racing.

“I’ve been here for 20 years and I’ve seen the evolution of motorsport and sport in general in Bathurst,” explained Lyons.

“I’ve seen some really big changes where this town was once a one event town and now, apart from motorsports, it’s basically a 30- to 40-week event town.

As Bathurst has changed over the years, so too has The Oxford as it evolved to keep up with society.

There is a focus on being welcoming and inclusive, with spaces for everyone to enjoy.

“When I first got here 20 years ago, the pub was really one dimensional, it had a demographic that it came for and, and that was that,” Lyons explained.

“It was just a wild, wild pub.

“It was crazy when they shut down the road in the front and it was almost a festival out on the road – we used to have bands and music in the car park, thousands of people around the hotel.

“Things that existed at the top of the Mountain, for example, were part of history, but they’re just not acceptable nowadays.

“So we’ve become a lot more community, family, and corporate friendly,” he added.

“The hotel had to evolve in that line as well, so when I developed the hotel 15 years ago, we made sure that there’s something within the hotel that caters to everybody.

“We cater for 10-year-olds to 70-year-olds. What I really wanted to do when I built this hotel was, I didn’t want to alienate a certain market.”

The future of Bathurst is as bright as its recent past, too, with improved connections bringing it ever closer to Sydney.

Coupled with the addition of events, such as the Bathurst International, 12 Hour, and 6 Hour, there is something of a natural tempo forming which puts the town on the front foot.

Its reliance on the 1000 is now a thing of the past, with The Oxford a focal point throughout.

“I love the October event because it’s like winter is over.

“It’s the end of winter and here we go summer starting and there’s just this electricity.

“The town’s alive October, November, December, January, all the way through the holidays and it’s a great way to start the year.”

Lyons is especially excited by the growth of the Bathurst 6 Hour, and the International.

While the last two years have been difficult, he expects the ARG-managed events will come out punching in 2022.

“Next year, gloves are off, handcuffs are off and away we go and we’re expecting massive things with the Bathurst 6 Hour motorsport event, just because of how well they (ARG) performed as event organisers in their inaugural event last year,” Lyons said.

Having been rescheduled, this year’s Bathurst 1000 gets underway from November 30 to December 5, with The Oxford again set to be a popular destination away from the racing action.

CLICK HERE to connect with The Oxford Bathurst on Networkcafe.com.au.