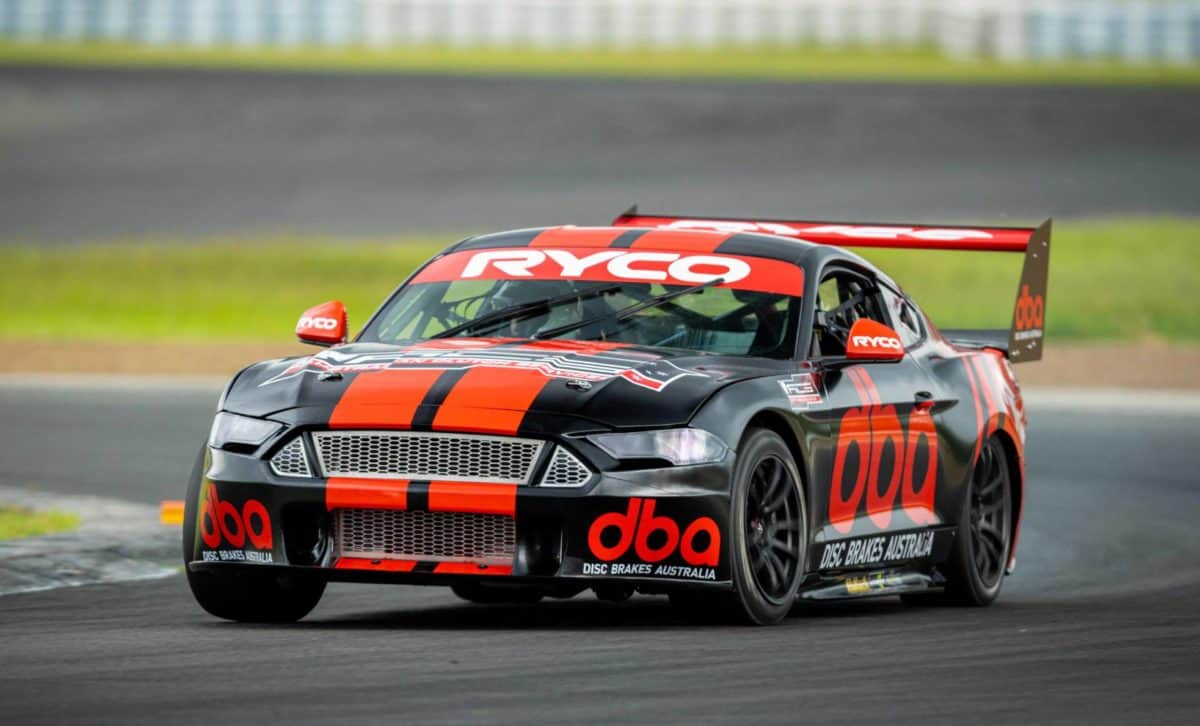 Peters has overseen the build of four Mustang experience cars

While Brett Peters might have hung up the helmet back in 2003, he’s never really climbed out of the driver’s seat.

Peters is the man driving Peters Motorsport and V8 Experience from a day-to-day perspective, helping steer both operations into the future.

In recent times that has seen an increased focus on the experience side of the business ultimately owned by Rod Dawson.

Having boasted a number of Supercar style racers that could be driven by the general public, the ongoing pandemic has offered the opportunity to refresh that fleet.

That’s resulted in four Mustangs already with a Camaro in the works.

“Most experience cars around the world are road cards with a roll cage and a bit of a tune up,” Peters said.

“These cars are full chassis cars.

“Rod sort of had a decision like, do I sell the business and move on to something else, or do I reinvent the wheel.

“I’ve got to give it to him, he’s created it – these are dead set race cars that the public can drive.

“They’re so good it’s incredible. There is absolutely no doubt that it’s a completely different animal to any other experience car.” 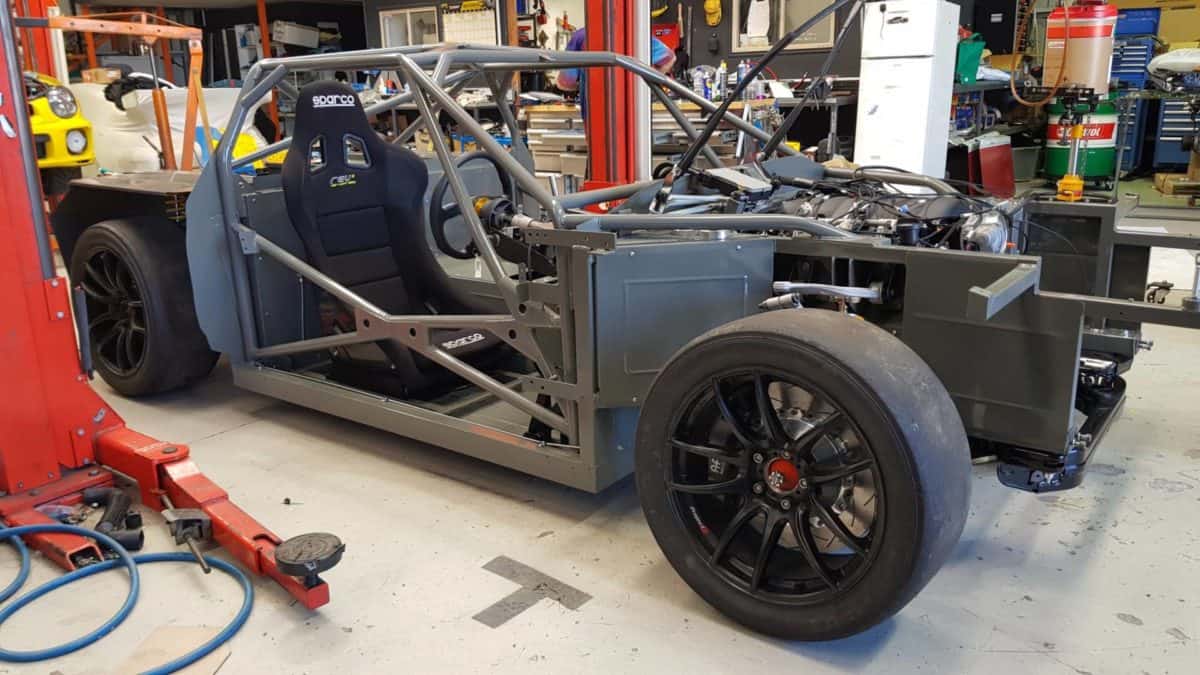 Under the skin of a V8 Experience Mustang

“It’s got genuine Supercar aero; front splitter, rear wing. We use Supercars calipers – not similar, the real thing – we use Dunlop slicks that they use.

“The rear end, it’s not a transaxle but it’s a fully floating nine-inch rear end.

“Someone said ‘why don’t you just use a TA2 car?’. Well, you don’t have room for two drivers, you can’t get them in and out.

“It had to still be a car that’s going to operate in a business with space and so forth, and obviously [it has] a public friendly clutch and gearbox.

“But for all intents and purposes, she’s a full blown racecar.”

Peters has overseen the creation of the new cars, playing an integral role for Dawson in securing funding and managing the needs of the business.

“So there’s six naming rights sponsors that I’ve managed to find. And that’s all relationship stuff.

“I think my main role across all of Rod’s entities is Business Development Manager,” he added.

“I look after all the [driving] coaches and pit lane crew, making sure that we’ve got enough people at each event – anything that doesn’t require having a spanner in your hand I suppose across the two companies.”

Peters recounted how, when the pandemic first hit, one of his tasks was to secure thousands of balaclavas to enable the business to keep operating.

“From accounts and invoicing to paying bills, to booking airfares, to looking after all the sponsorships. It’s quite a varied role, and one that I enjoy because the most satisfaction I get out of my job is the relationship stuff.”

Through V8 Race Experience, he also has the opportunity to savour some feel good moments as customers achieve a life’s ambition.

“I look after all our race team social media pages. I don’t have any marketing degrees but when the Mustangs came along I just thought ‘well, the people getting out of these cars in those first couple of days were just absolutely gob smacked, so I just grabbed my phone and stuck a camera in their face – ‘hey, what was that like?’

“The reactions are ‘that’s the best thing I’ve ever done in my life’, and ‘I can’t believe this car’.

“You throw it up on the V8 Experience Facebook page and everyone loves it. The response to these cars has been absolutely over the top.”

And there’s more to come once the Camaros come online, not to mention the improvements being made to Queensland Raceway by new owner Tony Quinn.

“Who knows where it’ll go, but for now it’s about getting the business out there,” Peters said of V8 Experience.

“Obviously we’re super excited about what Quinny’s doing with the track and the facility.

“So not only have we built absolute real, latest and greatest race cars for this business, but now the facility is going to also reflect that.

‘There’s probably a big potential for corporate days,” he continued.

“We have already done a couple of small groups of a dozen people that were just chomping at the bit to bring out some of their business partners and let them have a drive, so I think there’s a huge potential there.”

CLICK HERE to connect with Peters Motorsport on Networkcafe.com.au.