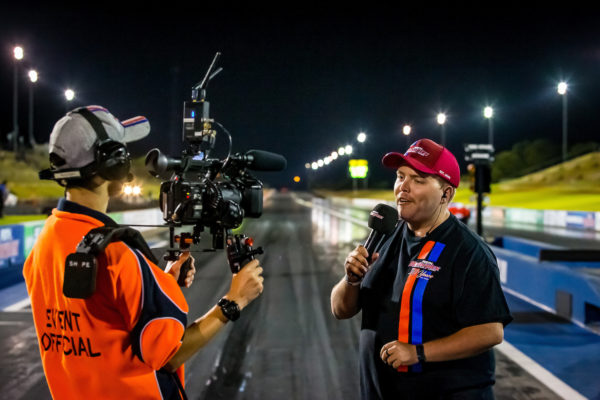 Just like many personalities in the motorsport media industry Chris Mitchell always has his phone on him because “you never know when the next call is going to come for an opportunity”.

Mitchell, an established sole operator, is advertising his services on Networkcafe.com.au, including commentary, social media content, presenting and voice-over work.

Based in Perth, where he grew up, the Midland native has spent most of his life supporting Western Australian racing in his chosen hobby-turned-profession.

That wasn’t without a spurt trying his own skills out on the race track in karting at a young age.

“I’m in my late twenties so I’m still considered young, I guess,” he told Networkcafe.com.au.

“I grew up in motorsport, my grandfather has been involved for many years and my father is involved on the mechanical side. I was destined to go into racing karts at a young age, which I did; from eight to 16 I was racing karts.

“In my early twenties I turned my attention to RC car racing and I got involved with local clubs and running events.” 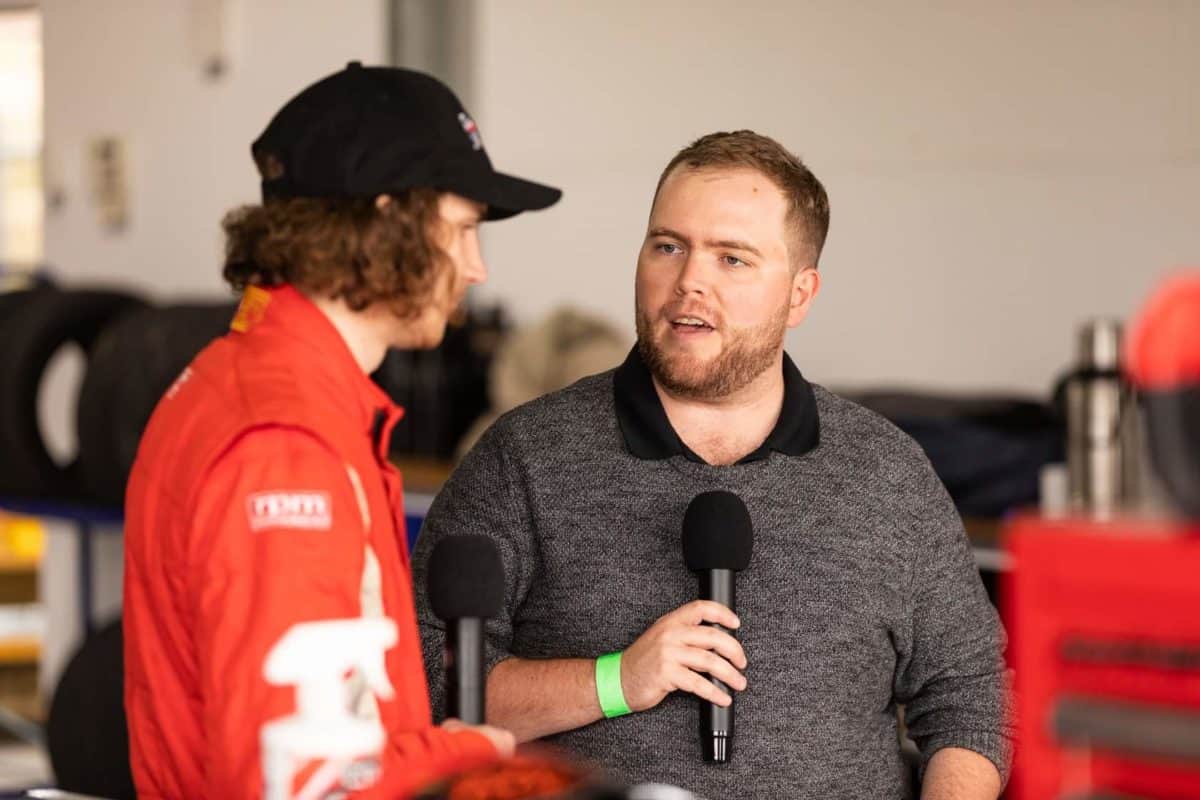 That’s where his love for commentary began…

“That ended up with me just on a random Friday night picking up a microphone and yabbering on, which snow-balled from there,” said Mitchell.

“I started doing national and state-level events in RC car racing, buried in this own little sub-culture that nobody knows about until you go to a track and realise there are 300 people there racing RC cars.”

In the meantime, Mitchell divided his life between studies and racing, as so many do trying to make a living in the industry.

Outside of racing, he works as a mechanical designer for Inflatable Packers International, where he designs downhole tools and proprietary equipment for energy and resource sectors at the company’s headquarters and main manufacturing plant in Perth.

However, the motorsport dream was kept alive.

“In 2016 I started getting calls to go back to karting events and doing local karting and commentating at those levels,” Mitchell recalled.

“The commentator that was in it at the time decided to retire so he said to me ‘it’s all yours’ so I started travelling around to all the local karting events and getting back around people I’d known since I was 12 years old.

“It was really cool to get back in that scene.”

His role in RC car racing also gave Mitchell the chance to do some travelling overseas, before settling back down at home in 2019 at Perth Motorplex.

“I went international; I was lucky enough to get called up to attend various world championship events with Live RC over in Beijing and Las Vegas,” he added.

“In 2019 I got a start at Perth Motorplex and began developing my skills in that arena and I fell in love with drag racing.

“A few years later I’ve had the pleasure of working with Perth Motorplex for a couple of seasons now and looking forward to what the future may hold and the next phone call that comes along and sends me in another direction.

“You never know when the next phone call is going to come and who the next person that thinks you’re worth a shot to go and work in different arenas.” 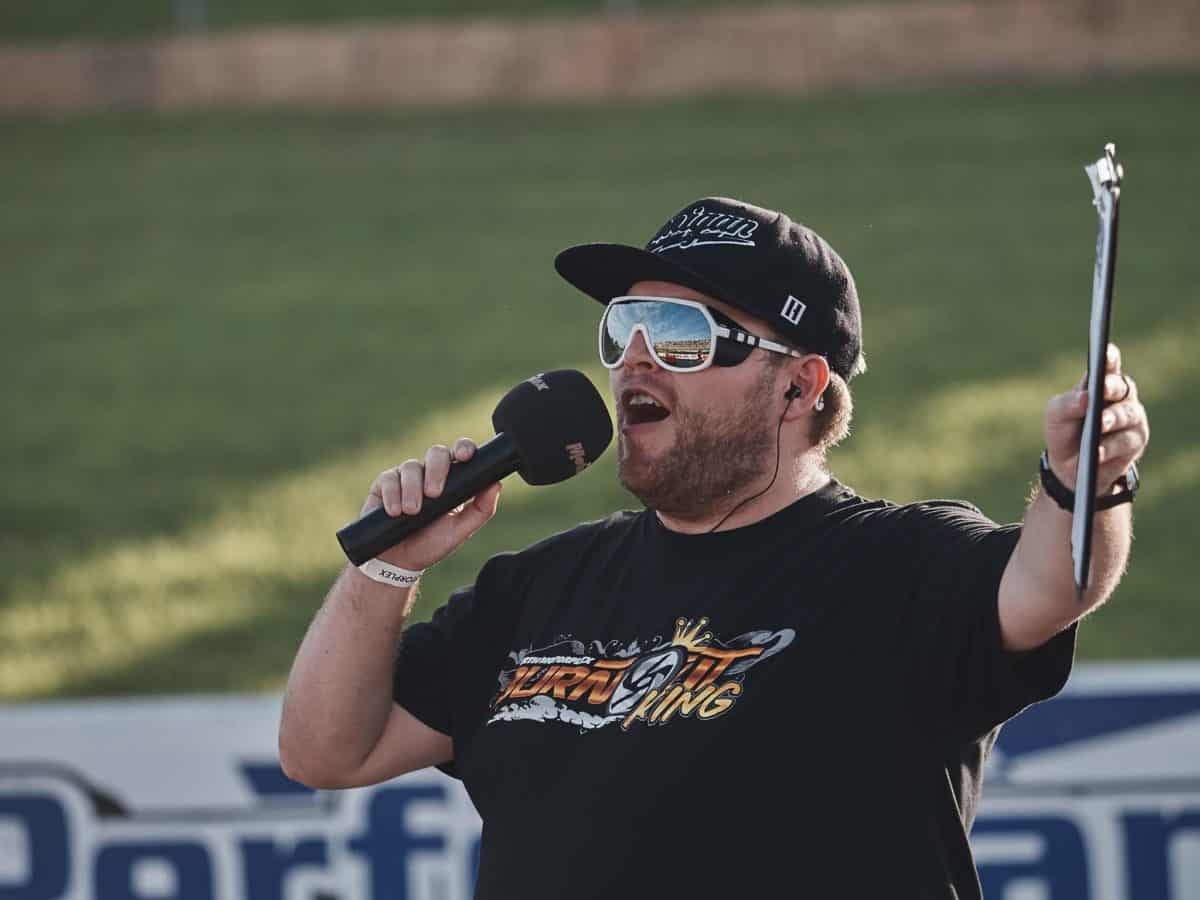 Not to mention the fact Mitchell also featured as a commentator in a 2020 Roadshow Films movie about a young kart racer set in Western Australia, with the film titled ‘GO!’

“Networkcafe.com.au feels like the perfect place to advertise my work to the world,” Mitchell commented.

“The inherent link to the motorsports industry through Speedcafe.com means I have a better chance of putting my name and face in front of the right people, hopefully resulting in doing cool stuff with racecars.

“In today’s climate, with our country pretty much fenced in, it’s a no-brainer to diversify yourself, step up to the challenge and learn new skills to stay on top of things. Advertising on an open platform to new people is a great place to start through Networkcafe.com.au.”

CLICK HERE to connect with Chris Mitchell on Networkcafe.com.au.