Hayden Farrier is carving out a niche for himself in the motorsport media industry in northern Queensland.

Based out of Townsville, Farrier runs FWR media, a business specializing in motorsport and automotive photography.

He’s got a raft of experience shooting both action and static shots and has become something of a fixture at the all-new DriveIt NQ facility.

“A lot of my backgrounds with drifting and off road off road racing,” Farrier said.

“That’s where my background is purely because of the nature of North Queensland; tht’s what we do here.

“We have the V8s come once a year, but realistically, that’s not something that I’ve ventured into yet.”

Farrier has been cutting his teeth with the likes of Pitstop Racing, and Madison Dustan competing in categories such as Toyota 86 and Hyundai Excels.

The son of a mechanic, Farrier’s love of mororsport and cars was sparked from an early age, travelling in the backseat of a VW Baja buggy.

However, it was while in the armed forces that his interest in the media collided with his profession.

Having worked as a photographer for the army, injury forced him out of the role but afforded the opportunity to turn a passion into a career and, he jokes, photography motorsport has its similarities.

“Hanging on the side of a racetrack for 10 hours in the in the North Queensland heat is literally the worst thing you can do,” he laughed.

Being based out of Townsville has its challenges, but the DriveIt NQ project is also offering new opportunities.

While construction on the all-new circuit continues, Farrier is fast becoming part of the furniture for the events that are being run already at the venue.

“We’ve been waiting for it for 10, 20 years. We’ve had governments, local governments and state governments, promise it for a very long time,” he said.

“They haven’t developed the full park yet, it’s just the large vehicle maneuvering area where they do the drift events and all that sort of stuff – it’s essentially a gigantic skid pan.

“I do every single event that they hold there regardless of who’s hosting it.”

It’s a prospect that offers a very bright light at the end of the tunnel that has been the last two years.

“I think the people that are out there racing and involved in the motor sport, are really appreciative to see people actually go out there,” Farrier said.

“They see me standing on the track for eight hours, they know I’m out there putting in the work and supporting in the industry.

“I love the community that is motorsport,” he added.

“If someone crashes their car, there’s always 20 people around trying to get them back on track.

“Just to be part of that community, in any capacity, I think is a huge thing.

“The community in North Queensland has been a bit inactive over the past decade because there’s been nowhere for us to race, so anything you can do now that we actually have a space is pretty special.” 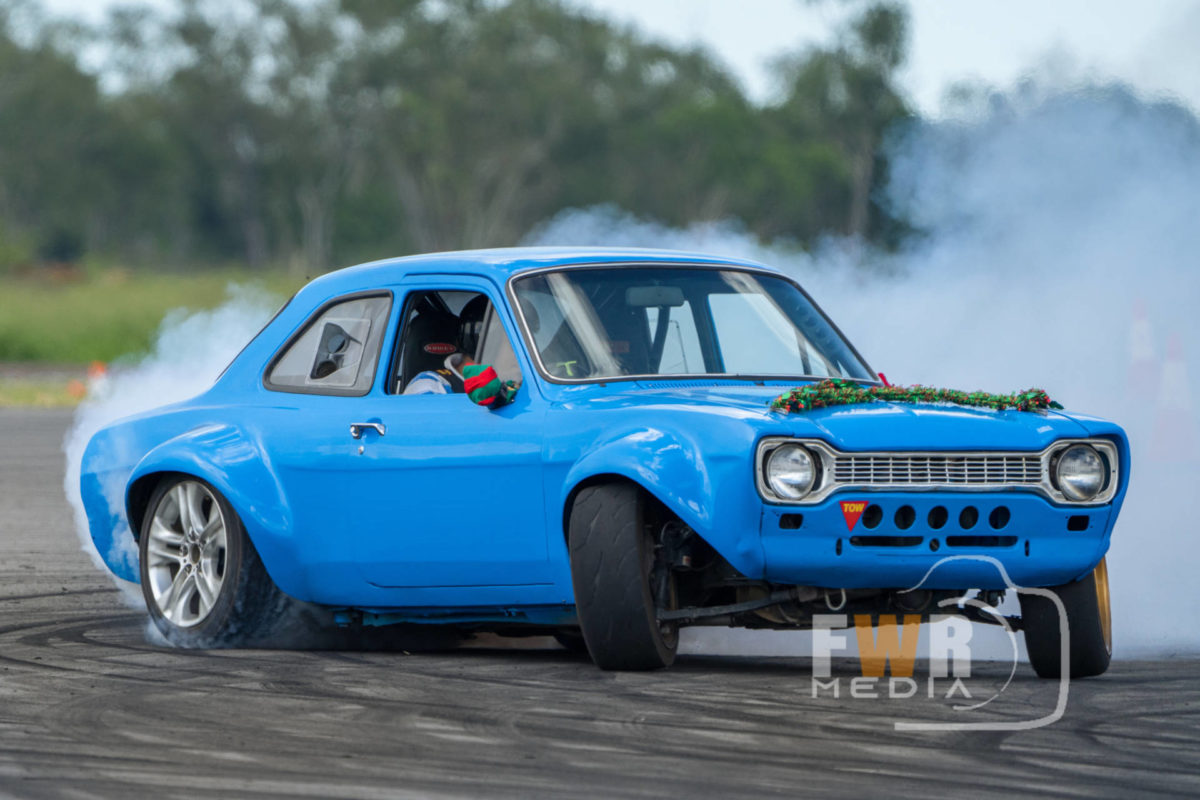