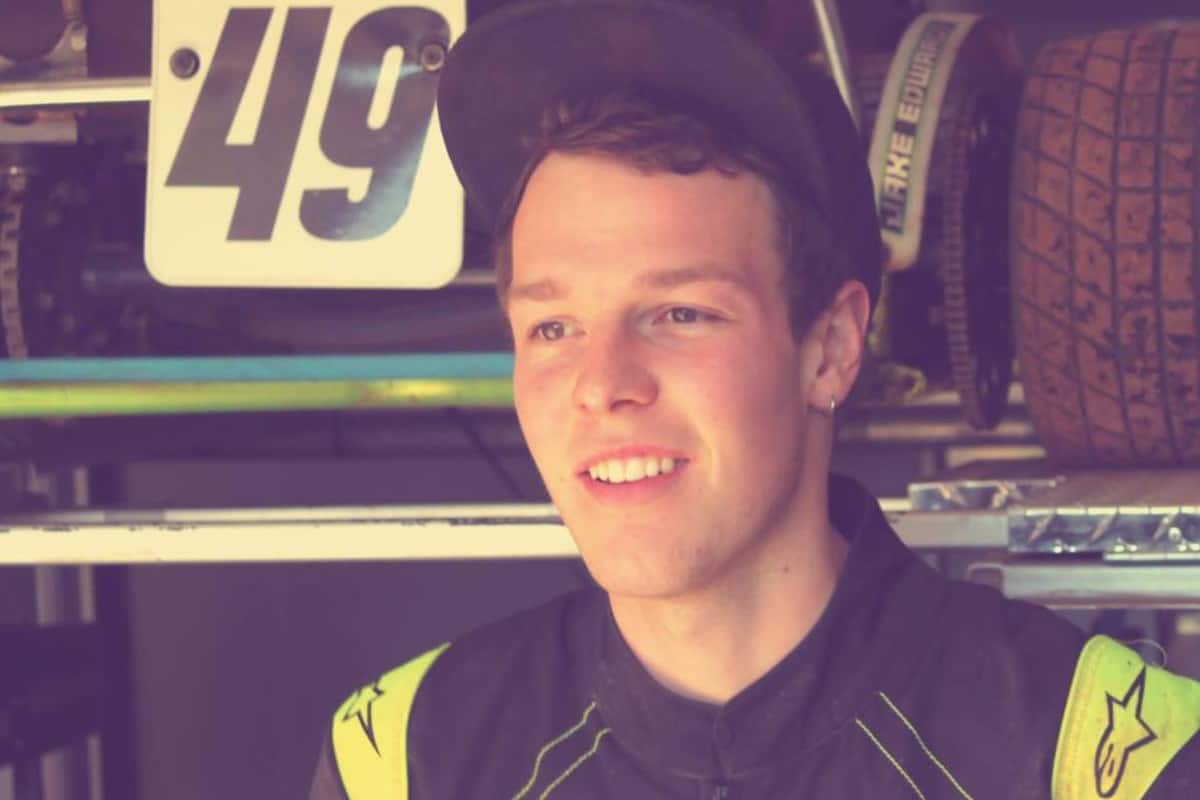 What started off as a hobby for Jake Edwards has, in recent months, turned into a full-time profession.

The South Australian is a graphic designer, specialising in race car livery design, and the driving force behind LOUDPEDAL Race Design.

It’s a role he discovered after working as a panel beater and sign writer, combining his skillset and passion for motorsport.

“Since I was a kid, always been playing around with designs,” Edwards said.

“I’m actually a panel beater by trade, and then went into sign writing for a while.

“That’s where I picked up all the design skills, signs related skills, and sort of put it all together into a package and this is where I’ve ended up.”

“It was trying to combine all the elements into one thing that I could focus on that ticked all the boxes of what I was good at and where my passions were.

“As I picked up each skill along the way, eventually it sort of came into a package.

“I’ve been working on it for a few years, not really promoting it a lot, just sort of doing it for friends and keeping it quite small, because it was after hours.

“But I was lucky enough earlier this year to get into the position that I could go full-time with it, and now I’m trying to push it a lot more, and focus on it a lot more.”

Edwards has experience designing liveries for speedway, and recently an off-road buggy, but is keen to expand into circuit racing.

He’s set up his operation such that, though based in South Australia, he can support customers anywhere across the country, or even internationally.

“We also ship out printed wrap kits; we do the design, get it all printed and send it out to the client.

“But we can also just to the design and send the print-ready files to the client’s signwriter.

“But we also do a bit of stuff for venues as well; posters, social media design, and websites as well.

There’s a bright future for the racecar design industry too, according to Edwards.

The introduction of car wraps has lowered the entry point for competitors in the lower rungs of the sport, and their continual development is serving to both decrease cost and ease their application.

As a result, a whole new customer base is slowly being opened up.

“Over the last few years especially it has filtered down a long way down to the club level and the hobby level,” he reasoned.

“As the technology with the signage side of things gets better, I think it becomes a lot easier for people to actually present their cars a lot better.

“If you think for years ago, it was quite hard to get your racecar wrapped; you’d have to take it somewhere special, whereas with the vinyls that we have these days, we’re lucky enough that we can design it, print it, and send it out.

“In a lot of cases, we can design it in a way that the client can actually fill it themselves with pretty minimal trouble.

“As that gets better and better, and you can get new special effects and things like that, I think that’s probably the main growth area in how it will change moving forward.”

For Edwards, it’s an exciting prospect as he sees the industry evolving over the coming years, all the while working a job he loves.

“It’s very rewarding, doing something that you’re passionate about,” he said.

“It’s one of those things you don’t want to take for granted because it is so unique in that a lot of people would dream of being able to do it,” he added.

“It is really a dream job, if you want to even look at it as a job – it doesn’t feel like a job because it is so enjoyable and it is something you want to do anyway.”