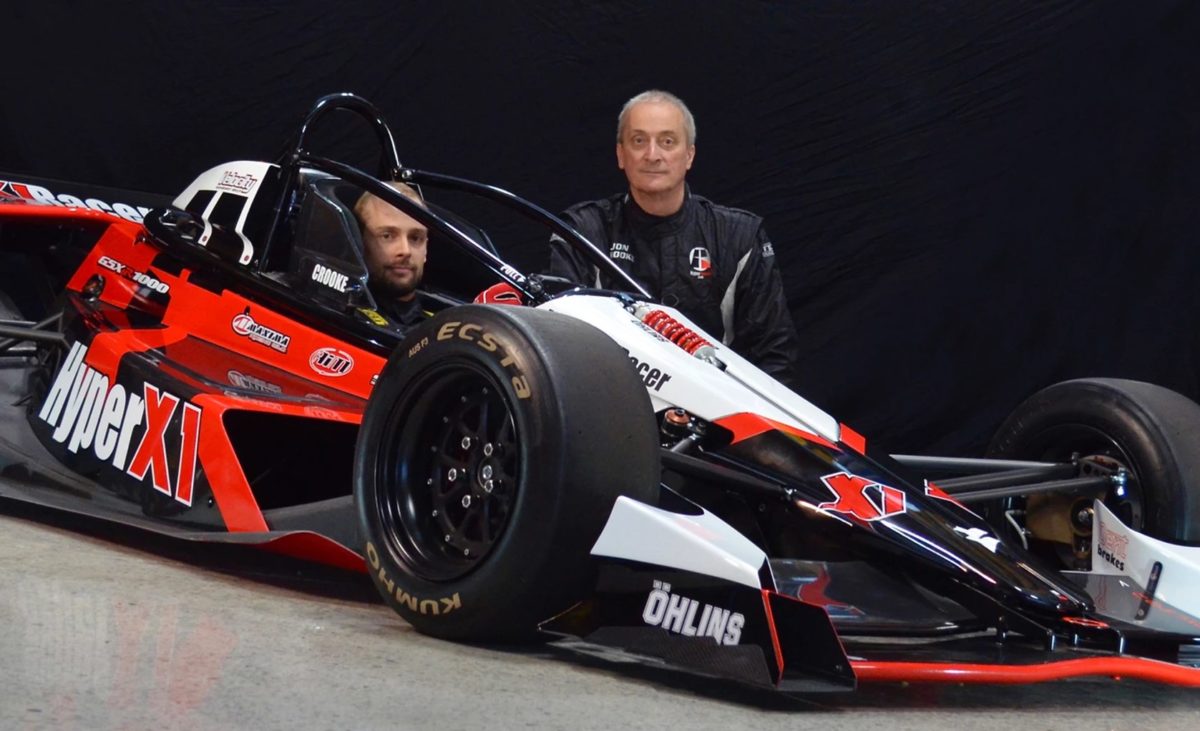 Jon Crooke has a history of creating innovative products, both in and out of motorsport, and his latest endeavour is no different.

A hugely successful racer in his own right, he’s part of a dynasty in Australian motorsport.

His father was one of the founders of CAMS (now Motorsport Australia) and is a direct descendant of James Robert Crooke, the winner of the first motor race in Australia.

But far from rest on the laurels of his famous family, Crooke has carved a niche for himself; firstly as a competitor and now as a constructor.

Now 70, he and son Dean are responsible for the Hyper Racer, an affordable high-performance car built in Melbourne.

Their current model, the X1, follows on from the Pro Racer and Terra Racer and continues the theme of lightweight spaceframe cars with serious performance.

“It was launched probably 18 months ago, and we’ve sold 18 cars – not counting the 50 we’d already sold, the Pro Racer and offroader,” Crooke explained.

There are more in the works too as demand remains high, with strong interest from the United Kingdom.

The X1 is a spaceframe single-seater with a Hayabusa motorcycle engine.

It’s been specifically designed such that it is an easy car to run and maintain, with minimal crew needed.

That said, there is a competition for the futuristic looking racers on the AMRS platform.

Key to it all is its affordability, with low running costs and a new purchase price less than the cost of a Formula Ford.

An architect by trade, Crooke was an early mover in the solar game and specialised in building what today would be referred to as ‘tiny homes’.

It was a choice he made, exploring how to deliver quality on a budget, a mantra he’s carried over into the Hyper Racer business.

“By keeping the car incredibly simple, doing nothing that anybody else hasn’t done on a car before – there’s no new technology on this car, it’s all very old technology – the innovative part is how it’s all combined,” he said. 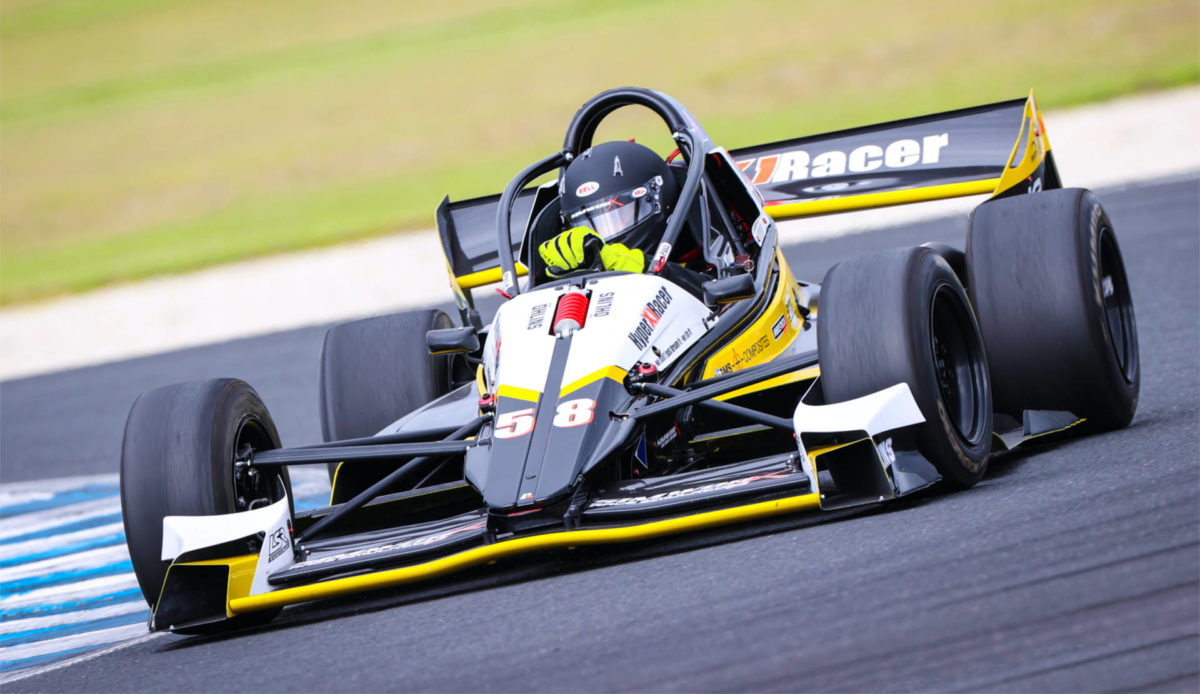 The engineering and design work that has gone into the car extend to its aerodynamics, with a centre of pressure that moves under the car’s floor to instil confidence in the driver.

At low speed, the car is slightly pointing, allowing it to be driven hard into slower corners, before moving rearward at higher speed to induce slight understeer in the quick stuff.

That’s achieved through the use of ground effects, with long tunnels extending from the front wheels to well behind the rear axle.

It makes the X1 a bullet through the corners, more than making up for its comparatively modest top speed.

And it weighs less 400kg giving it performance close to that of a Formula 3 or S5000 car – and quicker than a GT3 car for a fraction of the price.

“It just goes around the sweeper at Winton like just ‘holy shit’,” Crooke said.

“We drive around the outside of the S5000s – they’ve got no real aero to speak of.

“The Achilles heel of Radicals and of our car, or any car with a smaller engine, is top speed,” he admitted.

Crooke could fit a larger engine which would raise that top speed considerably but doing so would also increase the base and ongoing costs of the machine.

“We are building a car for the ‘poverty’ end of the market, relatively,” he reasoned.

“It’s got to be a $6,000 engine out of a wrecked Suzuki Hayabusa bolted straight in.

“We just re-programmed the ECU to take off the kickstarter disconnector and all that.

It’s a recipe for a hugely exciting track day car, with the potential to compete in an emerging series.

And it’s proved popular. Hugely popular. Crooke can hardly keep up with demand.

The Hyper Racer is another successful business for Crooke, who also developed the Hyper Stimulator cockpit in the early 1990s – today still one of the most popular home racing simulator setups on the market (though he’s since sold that business on).

The future for Hyper Racer is as bright as the neon liveries that adorn the X1.

CLICK HERE to connect with Hyper Racer on Networkcafe.com.au. 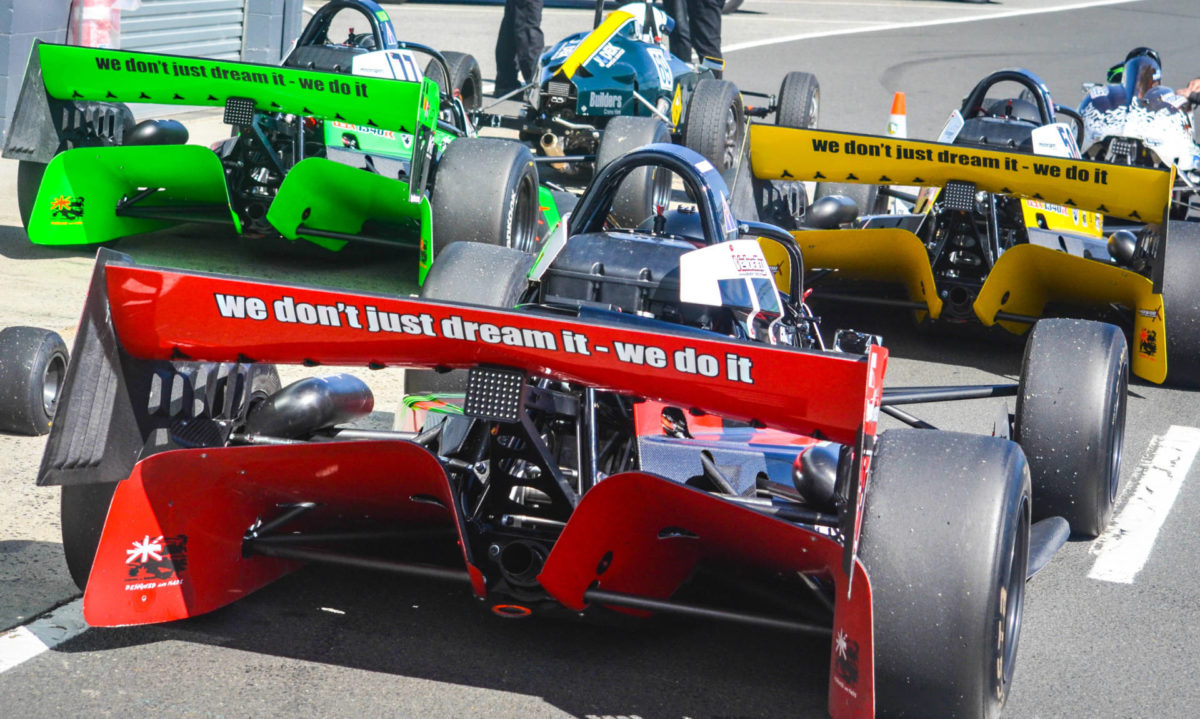