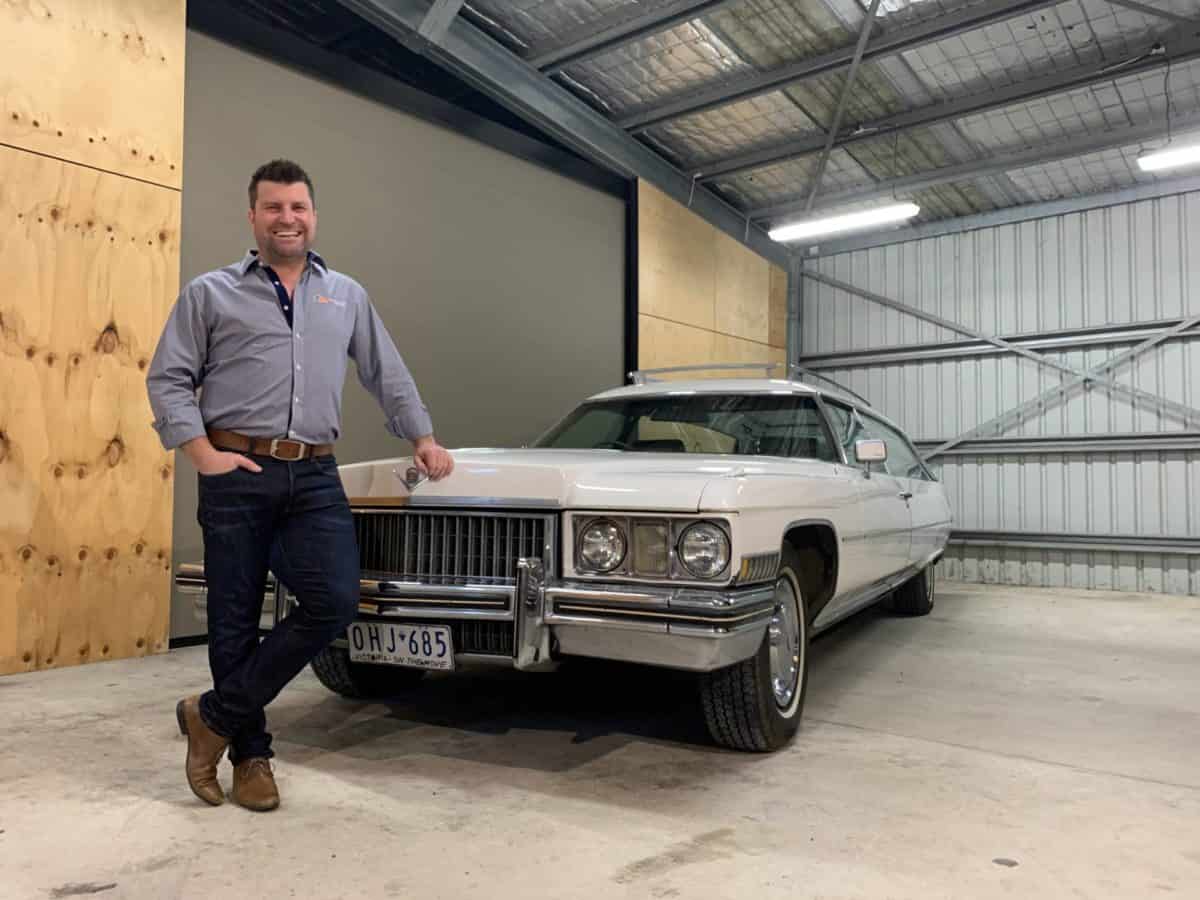 Brad Blunt gets to enjoy one of Australia’s best automotive collections every day, unfortunately there are only a couple of pieces he gets the pleasure of driving.

Blunt is the owner and operator of the Melbourne Car Kennel, which is a premium storage facility and vehicle concierge service at Moorabbin Airport in Victoria.

He became aware of Networkcafe.com.au through his regular visits to Speedcafe.com driven by his motorsport interests and was one of the site’s first Featured Members.

His connection with the automotive industry extends back to his father Colin who owned and operated Bavarian Motor Wreckers in Melbourne, where, from the age of seven, he worked on and dismantled cars.

That was probably where his affinity with the German marque was also shaped.

A late starter to actual racing, Blunt was introduced to the sport only seven years ago when he attended a track day at Phillip Island with a coworker. 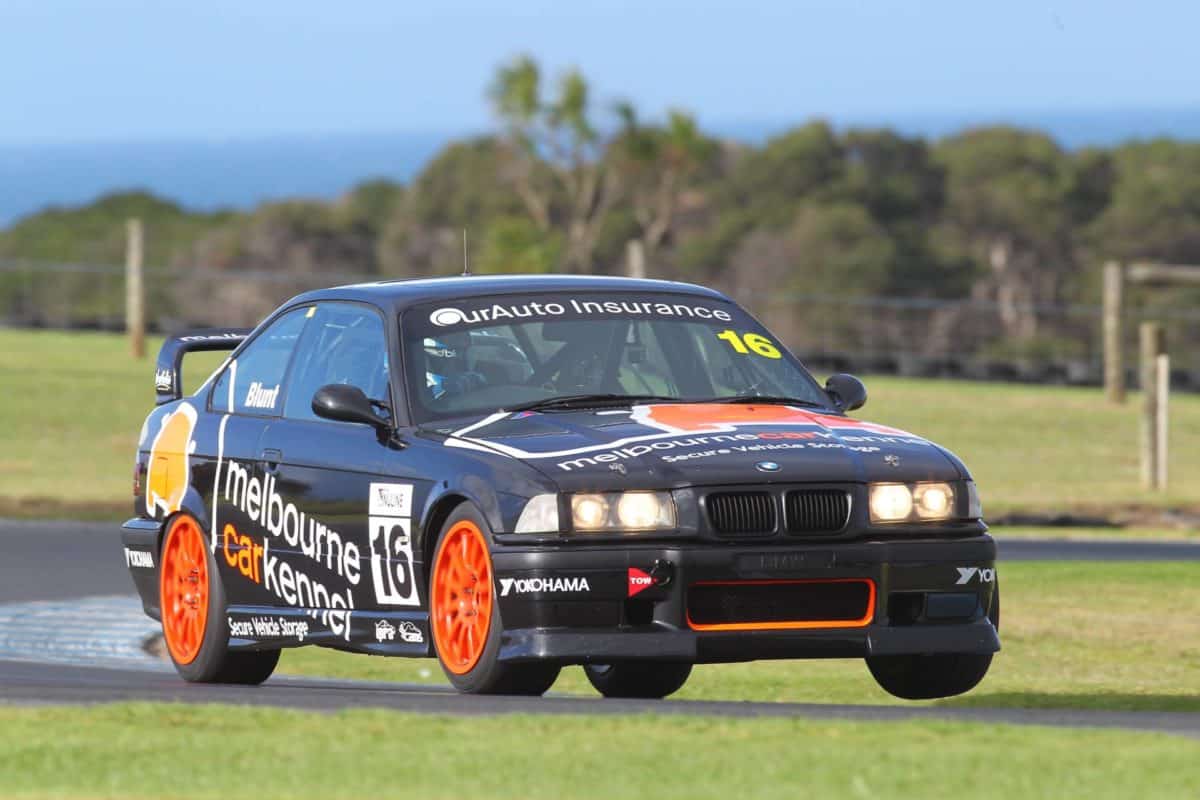 He was bitten by the “go fast” bug and quickly built his own 2.5-litre BMW E36 track car, but it wasn’t long before he was lured into real circuit racing.

Blunt currently runs a BMW E36 in the Victorian Improved Production Car Championship and Melbourne Car Kennel is the major sponsor of the series.

“Yea, I was bitten by the bug and that was that,” said Blunt.

Blunt was no stranger to competitive sport having played Lacrosse to a level where he represented Australia at the world championships as a 19-year-old.

He still has a silver medal to prove it (Australia was beaten by the USA in the final).

A couple of years ago in his early 40s, Blunt decided that it was time for some more variety to his career after building a solid reputation for himself as a senior manager in the construction industry after having also been active in hospitality, retail, and marketing.

He had his car and trailer stored at the Melbourne Car Kennel and had identified the potential in the business when it came on the market.

He is now using all the skills he has developed over the last couple of decades to rejuvenate the business and make it a go-to destination for customers wanting premium mid and long term storage solutions for their vehicles.

After almost 40 years, the business was due for a tidy up and Blunt was just the man for the job.

“I had a car stored at the premises for a while and I said to the previous owner that if he ever decided he wanted to sell that I would be interested,” said Blunt.

“Sadly he was struck with illness and was keen to unload the business pretty quickly.

“I took over the business in April 2019 and have been working on taking it to the next level ever since.

“We have given the place a real clean up, looked at our branding and promotion and brought more professionalism to the business.

“We have just finished stage one of our plans and are ready to move on to the next phase which will include assets like car racks.”

Blunt has mustered plenty of his competitive spirit during the recent COVID-19 environment.

“In the beginning, COVID-19 hit us reasonably hard,” said Blunt.

“Having your car stored somewhere like the Melbourne Car Kennel is not a necessity and people started to find alternatives.

“Thankfully many of those clients have come back to us in the last couple of months and we have continued to grow the business through reputation and word of mouth.’

Blunt’s facility comprises about 1000sqm of space, both inside and outside and currently has the capability to store about 75 vehicles indoors.

The outdoor component helps facilitate things like boats and caravans.

Currently he has an eclectic mix of machinery in-house which includes an old Cadillac hearse, a vintage bus, several project cars, and a selection of modern-day and classic sports cars.

In the most difficult period in motorsport and automotive history, Networkcafe.com.au was developed by Speedcafe.com as a valuable support mechanism for the industry and its suppliers, sponsors, clubs and organisations.

While COVID-19 crisis has different levels of effect on businesses around the world, there is no doubt that Victorian-based operations, like the Melbourne Car Kennel, have been given an extra punch to the back of the head with another six-week lockdown now in place.

“I think Networkcafe.com.au is a great community initiative,” said Blunt.

“It is a genuine investment from Speedcafe.com that is helping and we were happy to invest $500 in becoming a Featured Member on the site.

“I am not sure why every business which is eligible would not be taking up the option to become a member when it is totally free.”

Networkcafe.com.au now has in excess of 330 members, many of which have already done business with each other.

CLICK HERE to view the Melbourne Car Kennel on Networkcafe.com.au. 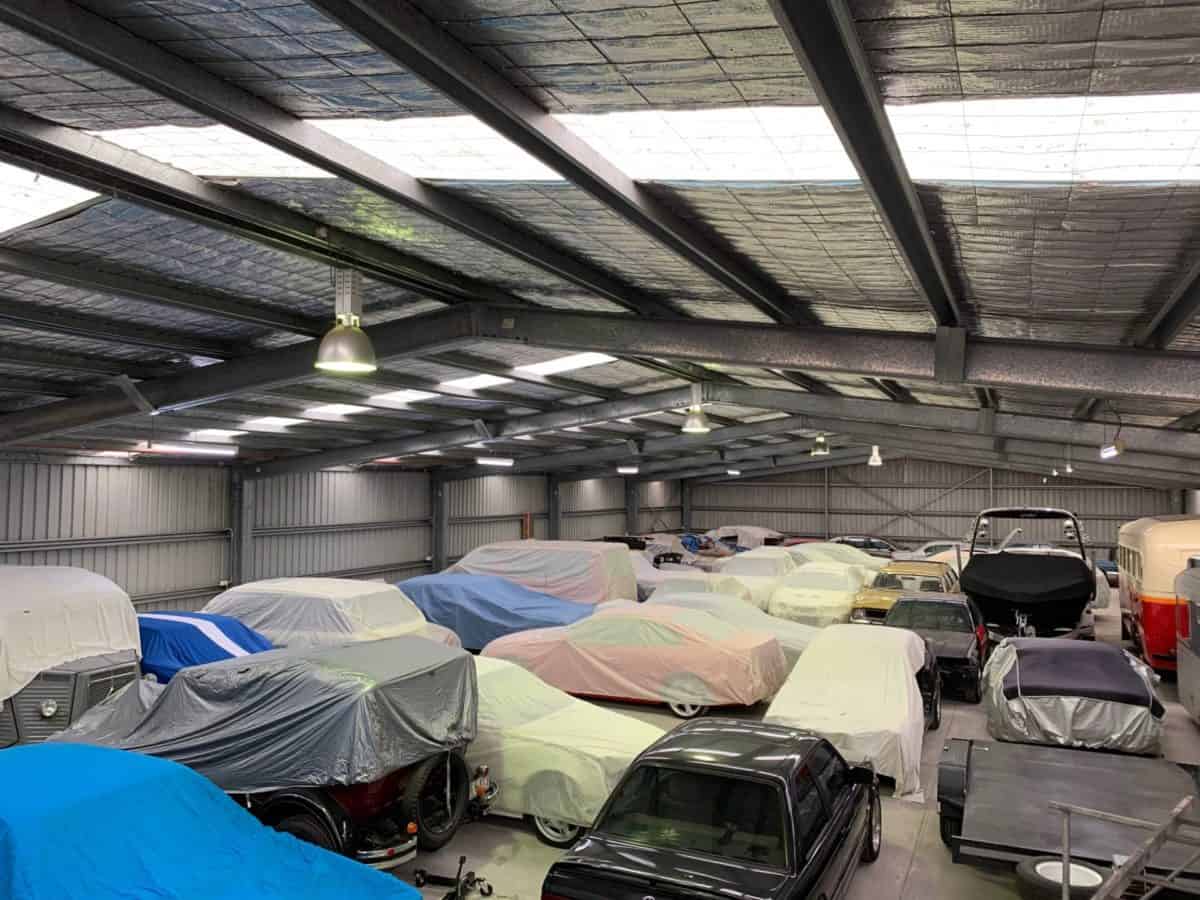