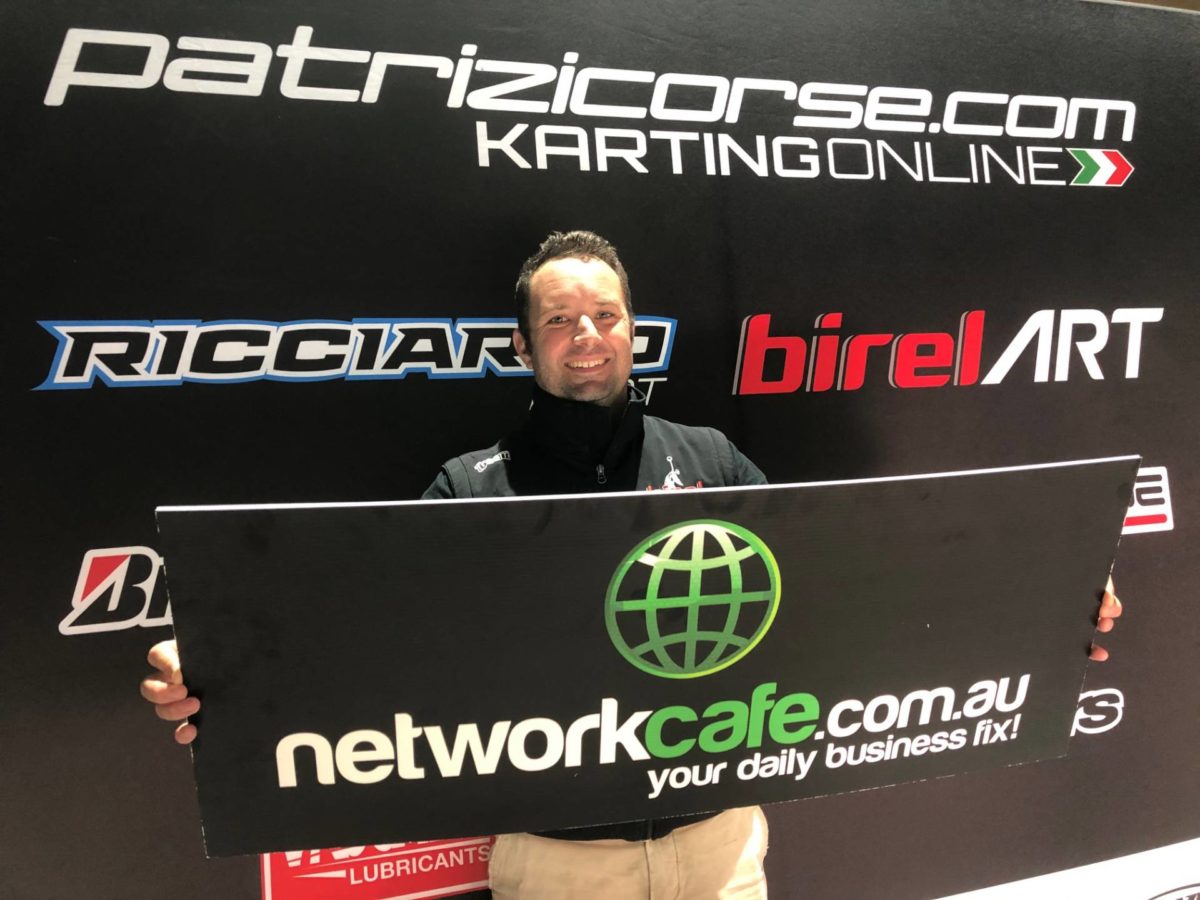 Michael Patrizi doesn’t know what is more of a challenge, having a child locked up in homeschooling or a young karter not having the chance to go racing.

One of the leading businesses in the grassroots industry of karting, Patrizicorse has been smashed by the coronavirus pandemic with his business down significantly.

“It has been an incredibly difficult period for everyone,” said Patrizi, who has a young family on his own.

“But one of the most frustrating things is trying to explain to a six or seven-year-old that they cannot go racing when all they want to do is get out there.

“That is the same for everyone in the sport who is passionate about it, but the young kids are the toughest to explain it to.”

Growing up in West Australia, Patrizi is a life-long mate of Australian Formula 1 ace Daniel Ricardo.

The friendship led to Patrizicorse becoming co-owner and the official race team for Ricciardo Kart as well as Birel ART in the Oceania region, which involves business and distribution to 12 countries.

The business sells chassis, accessories, lubricants and radiators, but also provides a full list of racing services aimed at the development of young drivers, the team’s biggest achievements coming in 2019 where Patrizicorse drivers won the World Championship and two Australian Championships in the space of two months.

Corporately Patrizicorse holds contracts with Karting Australia to supply Cadet Vortex engines as well as the Cadet 4SS controlled kart and the Bridgestone tyres used in the cadet and junior categories.

Patrizicorse also stores and maintains karts for clients who want to go out and burnout off some energy whenever time permits, including several Supercar drivers.

While there is some diversification to Patrizi’s business, every element has been affected in the current environment.

“We have not sold a tyre for more than a month,” said Patrizi.

“We have had a few customers upgrading some of Alpinestars gear, but I think that has just given them a chance to ‘do something’ associated with the sport.

“It has been tough, but it is the same for everyone and we just need to stick together and know we will come out the other side.”

Since being established in 2012 Patrizicrose has grown from a three-kart operation to preparing more than a dozen customer karts on a national level.

Everything is serviced from a 700sqm facility on the Gold Coast with four full-time staff, while at the track the team has a dedicated race transporter with European-style marquee.

“We have managed to keep my staff around by filling the financial gaps,” said Patrizi.

“I think everything has been serviced and cleaned to within an inch of its life, but we will be ready to go as soon as we are given the green light.” 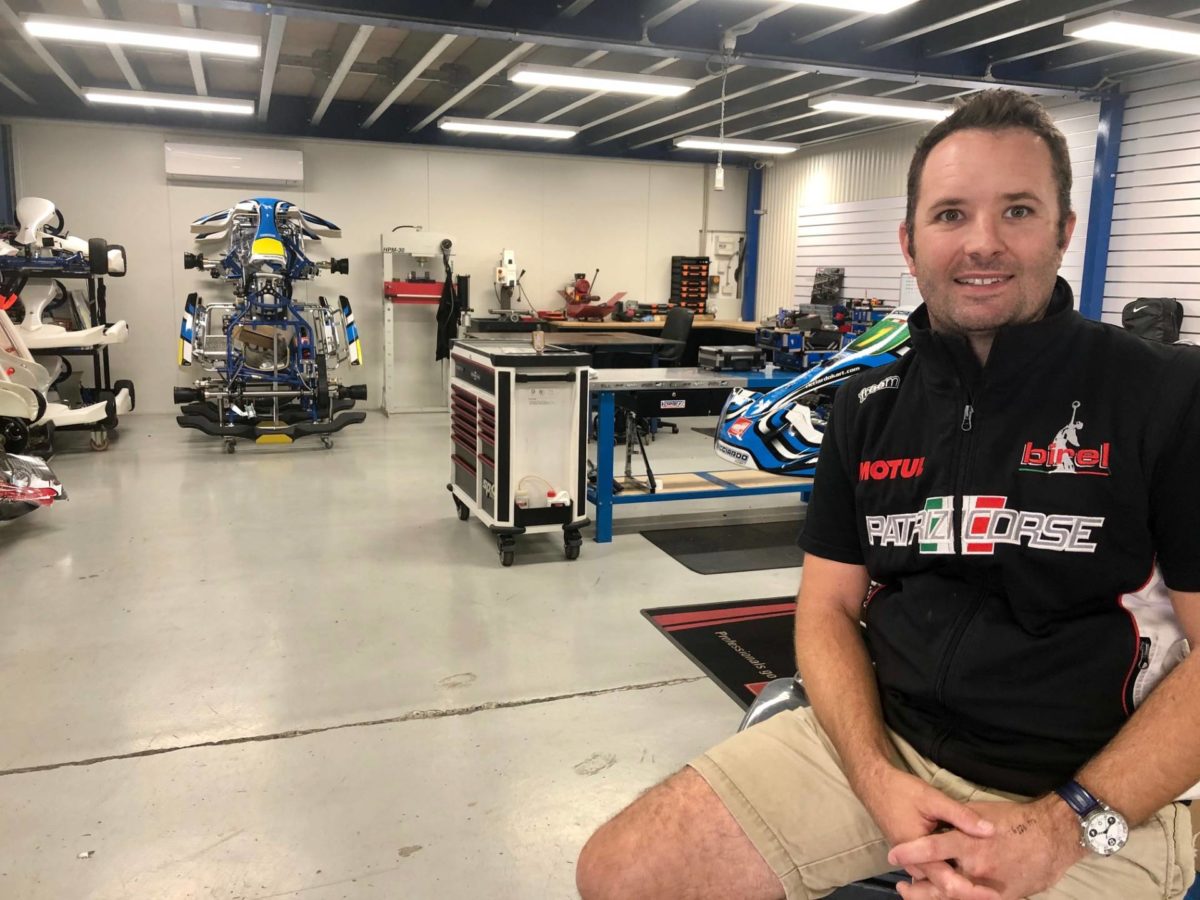 Patrizi started his own racing career in karts in Western Australia and progressed to Formula Ford in 2004 before moving into the Formula BMW Asia series in 2005 and the UK the following season.

He then moved into the Formula Three Euroseries for the Prema Powerteam before returning to Australia where he raced a host of machinery including Supercars and Porsche Carrera Cup.

In between he slotted in a season in the Chevrolet Supercars Middle East Championship at the Yas Marina circuit.

“I miss driving full-time, but Patrizicorse provides all the challenges and the levels of competition I need with our team of drivers,” said Patrizi.

“My racing obviously provides the basis of my experience, but also a valuable list of contacts around the world.”

In the most difficult period in motorsport and automotive history, Speedcafe.com have launched Networkcafe.com.au as a valuable support mechanism for the industry and its suppliers, sponsors, clubs and organisations.

A free service for small and medium-size businesses, Networkcafe.com.au provides an opportunity to advertise products and services to a vast audience through a new easy-to-use portal and Patrizicorse was one the network’s first members.

“I think the concept of Networkcafe.com.au is terrific and could not have come at a more appropriate time for the industry,” said Patrizi.

“‘Crusher’ and his team at Speedcafe.com have identified that we all need to be working together during this period which really is a crisis for the sport and the fact they have made it free by underwriting it shows tremendous commitment to the industry.

“We will be encouraging all our suppliers and sponsors to become involved and I am sure we will see some real benefits.”

CLICK HERE to see the Patrizicorse profile on networkcafe.com.au