When you spend the first three days of your honeymoon as a flag marshal at Monza in Italy, you know that you have been bitten by the motorsport bug.

That’s exactly what Rachelle Stirling did in September last year not long after tying the knot with her husband Jeremy.

Ironically, Jeremy was into rock climbing and soccer before meeting Rachelle and is now a converted rev-head.

It is that level of ‘influence’ that has helped Stirling create Race Chix which is a network for female competitors, fans and officials wanting to get the most out of their motorsport experience.

As part of the organisation’s ‘networking’, it has joined Neworkcafe.com.au and is working with its members to help spread the word.

Networkcafe.com.au was established as a valuable support mechanism for the industry and its suppliers, sponsors, clubs and organisations during the COVID-19 period, including not-for-profit organisations like Race Chix. 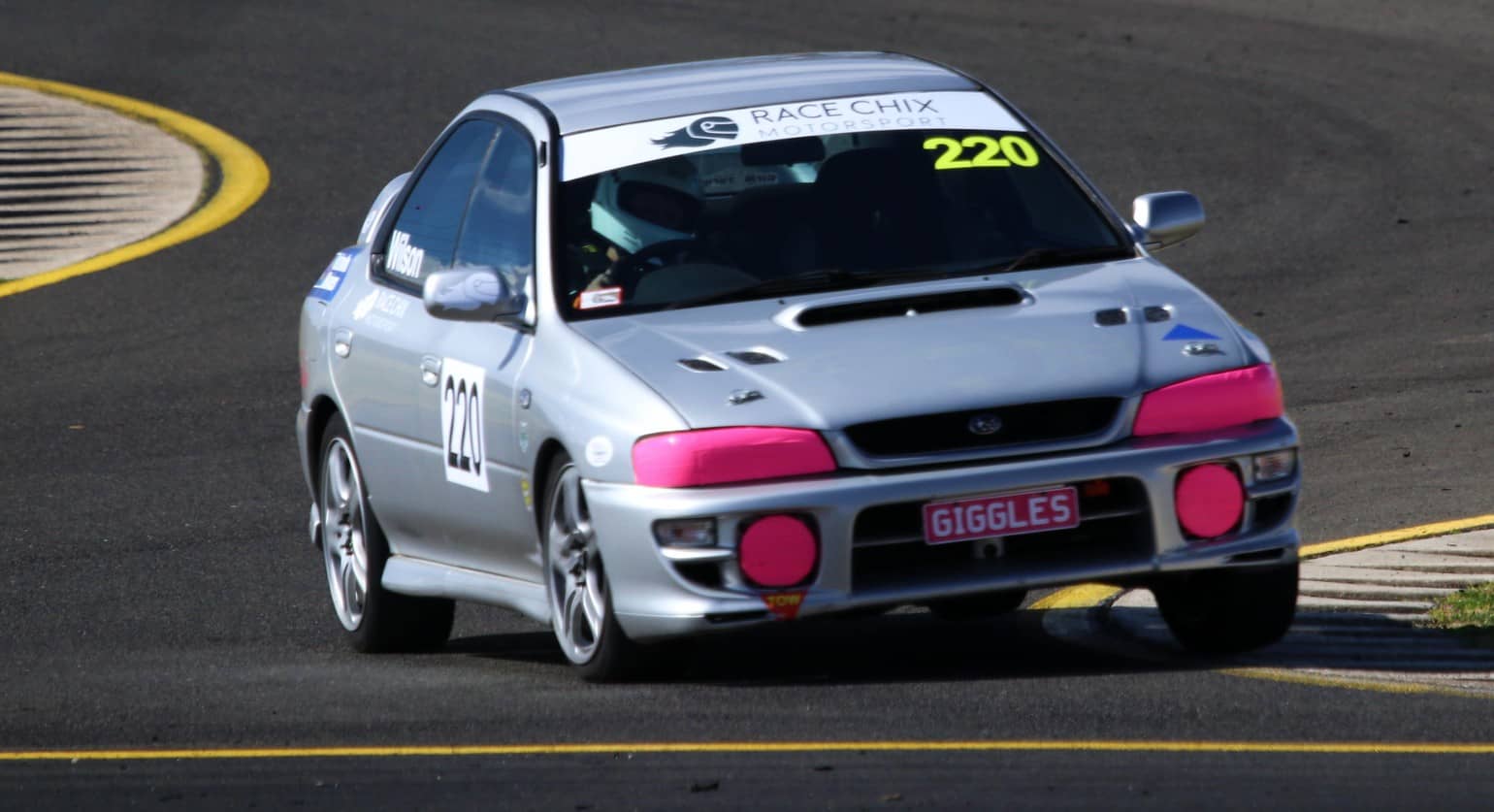 Stirling was a Supercars fan for many years, but never contemplated becoming actively involved in the sport personally until she came across a CAMS (now Motorsport Australia) ‘come and try’ stand at Eastern Creek.

She was in her 30s and knew nothing about grassroots motorsport or that car clubs even existed, but that soon changed.

“I came from an all-girl family and really did not know anyone in the sport,” said Stirling.

“It was all new to me, but the ‘come and try’ stand sparked my interest and it went from there.”

Stirling started to compete in super sprints and hill climbs in her WRX GC8 and was soon engulfed in many other aspects of the sport.

She is now on the board of the Australian Racing Drivers’ Club (ARDC) and Karting NSW, was a member of the Women of Australian Motor Sport committee (WAMS) and is also a track official.

It was the experience from all those aspects of the sport, as well as being a competitor, that saw her identify a gap in the industry for females and encouraged her to do something about it.

She established Race Chix and, after being made redundant from her full-time job earlier this year, decided it was time to take it to the next level.

“We want to connect women in motorsport,” said Stirling.

“We also want to collaborate with bodies and businesses and also play an education role, especially when it comes to things like being an official.

“Overall we want to inspire other Race Chix to become a part of and stay a part of motorsport, in whatever capacity that might be.”

Race Chix now has developed into a community group of 350 like-minded people.

The organisation runs regular online information sessions, which have not missed a beat during the COVID-19 period. 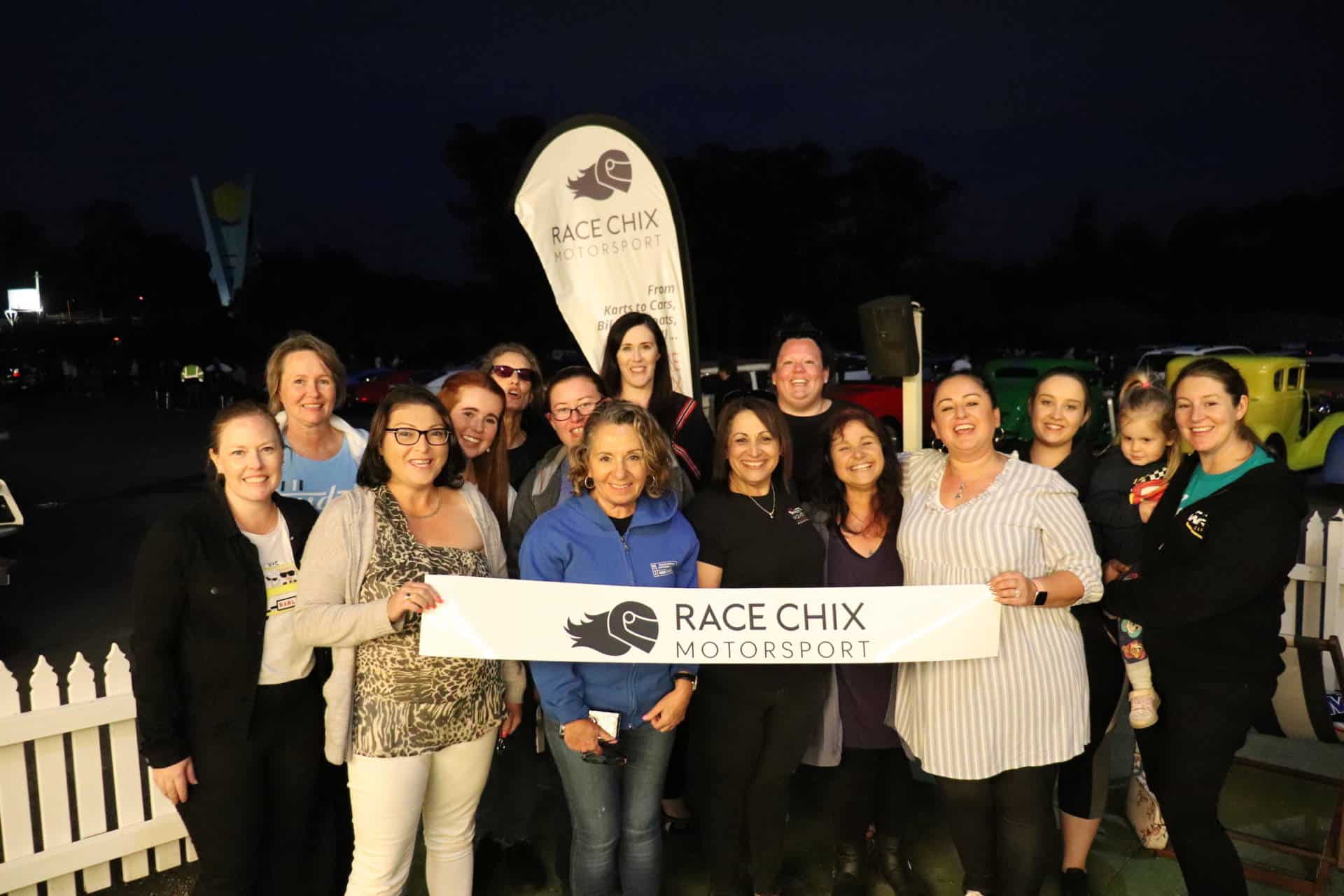 Race Chix is a networking group for women in motorsport

On Thursday, September 24, Race Chix will host a live Q&A with Kaz Plum from Performance+Nutrition & Training who will discuss “how to reduce your laps times without spending any money on your car, bike or kart”.

In October, there is a session on injury prevention and warm-ups with Sarah Higgs from Sarah’s Moto Physio To Go and Brittany Smith and Pam Stables will discuss everything about tarmac rallying on November 3.

On November 29, one of Networkcafe.com.au’s founding members, Filippa Guarna, from Media Master Coach, will provide a valuable lesson on how to create the right media mindset and habits.

Race Chix has developed a small merchandise range for the group and its supporters, many of whom are male, which can be purchased online through its website racechixmotorsport.com.au.

The group’s website also has a terrific education section where Stirling has loaded videos of interviews she has conducted with females who are already involved in different roles in the sport.

These individual videos cover off what it takes to be a timekeeper, race secretary, scrutineer, Clerk of Course, grid marshal, flag marshal, steward, medical officer, radio and comms director and a fire marshal.

“Individually we are part of the collective that is women in motorsport, no matter our motorsport genre or our level of involvement,” said Stirling.

“By connecting, supporting and collaborating as a collective we can challenge stereotypes and broaden perceptions that motorsport is a male dominated sport.”