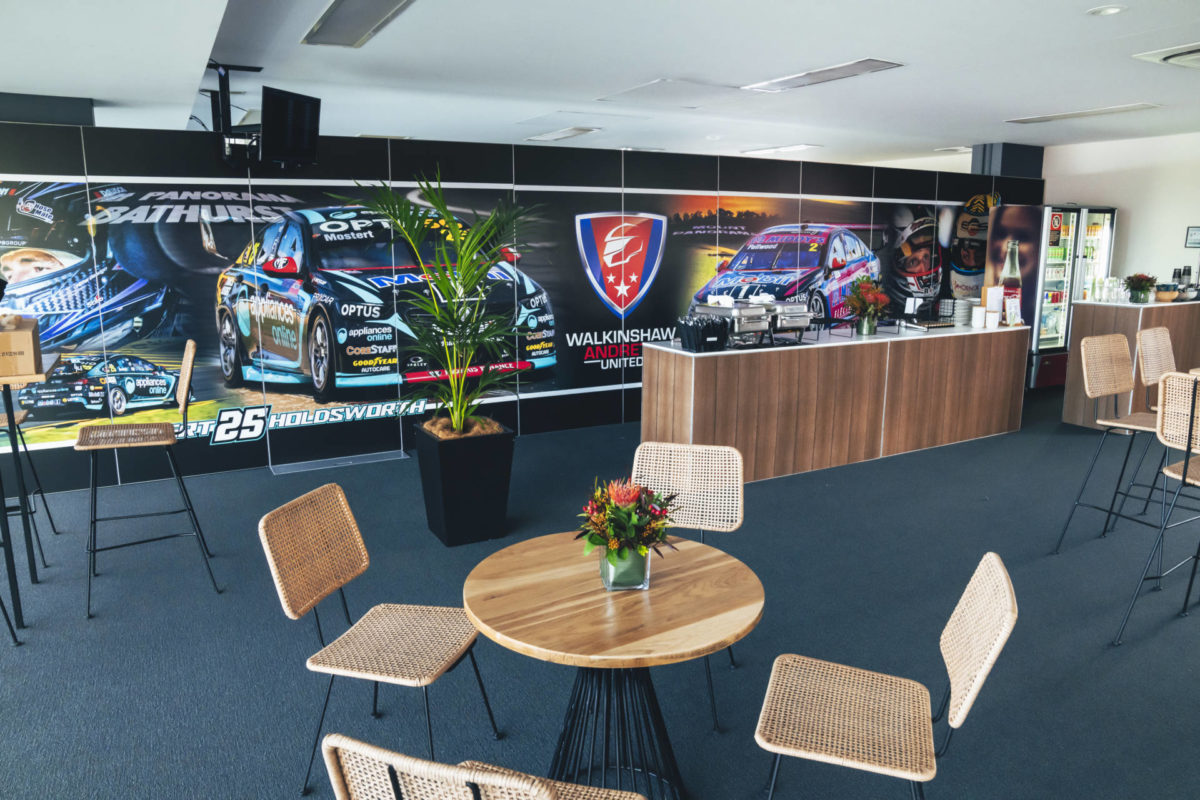 In the world of corporate hospitality in motorsport, Rhonda Norman has established herself as one of the industry’s leading providers.

Norman is the driving force behind Show Plate Productions, a business which builds on a wealth of experience gained over decades spent as a hotelier.

“I’m an international hotelier by trade really, and my client base was automotive clients,” she explains.

“I have been working with the likes of BMW, and Audi, and Volvo for years, and subsequently, in Australia, all those brands have ended up doing motorsport of some sort whilst I had been contracting to them.”

Over the years she’s developed a reputation as a class leader in the field, one who is constantly looking to add value for her clients.

“I’m the corporate host, so I look after them whilst the race is on,” Norman explained.

“So I do this suite fit out, organise the look and feel of what the suite’s week is going to be, and then I also look after them from a customer service perspective on race weekends.

“Probably my understanding of having to, and wanting to do business in those environments,” she adds when asked what sets Show Plate Productions apart from the rest.

“I try and give them the best return on investment that they can get by providing them spaces where they can really entertain their clients in the best possible way in a race track environment.

“That’s probably the biggest thing – I make sure that the environment is conducive to actually having business conversations.”

Having come from outside of the motorsport industry originally, it has found its way into Norman’s life away from work.

“It’s probably developed over the years and I do actually have a keen interest,” she said of her interest in the sport.

“If I’m not working at a particular race, I would probably find myself on Sunday afternoon sitting watching, so I do enjoy it.”

That has been helped by a number of memorable experiences, least of all working with Walkinshaw Andretti United at the Bathurst 1000 last weekend.

“Being part of a winning team at Bathurst, I hadn’t done that before. That was pretty awesome,” she admitted, though added it wasn’t the first success at the Mountain she’s enjoyed.

“Also, working with Craig Lowndes and Warren Luff and Audi in the early years doing GT for the 12 Hour,” Norman continued.

“Getting involved with the 12 Hour with Audi, and everything… we turned that into huge corporate incentives not only for the media, but from their customers and dealer standpoint.”

Her time working with Garry Rogers Motorsport and Volvo in Supercars is also a highwater mark; a programme that was well supported by the team and manufacturer and well received by supporters.

Those experiences are something of an insight into what Norman is looking to achieve for her clients; money can’t buy opportunities that peel back some of the mystique that surrounds the sport.

“It’s great sitting up in a pit lane suite and having all those lovely things that come with it, but they can also get that by going to the football, soccer, or F1,” she suggested.

“It’s all about those customer experiences, getting people up close and personal; meeting the drivers, and going behind the scenes down in the garages and really getting a feel for what it’s about.

“I find when I send, especially women, down into the garages, and if you’ve got the right person that’s doing your garage tour, the women come back so energised and in the end they become a bigger fan than the boys!

“Being able to get greater access to not only the team that you might be working with, but the other things that are going to help engage people in the environment that they’re in,” she continued.

“Look at all the F1 experiences that you can do, you’re having more of those sorts of things available to Supercars, or to TCR, whatever the round you’re going to, just making the experience that much better.”

It’s the ability to facilitate those opportunities, and working with people within the industry, which keeps Norman enthused and engaged.

“You couldn’t do this job and not enjoy it,” she said.

“I enjoy the people, they’re real down to earth people, and I think that’s what keeps me really interested in wanting to come back on track every year.”

CLICK HERE to connect with Show Plate Productions on Networkcafe.com.au.