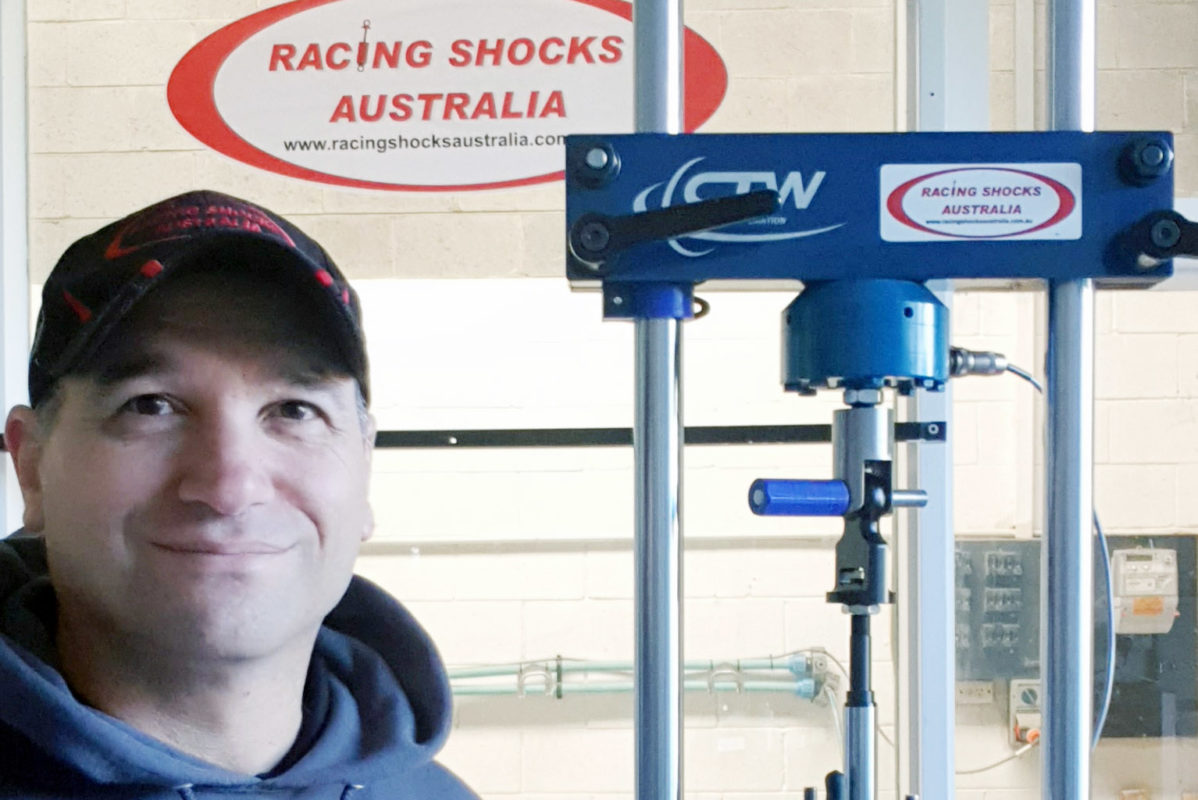 Australian owned and operated, Racing Shocks Australia is the only manufacturer trained and authorised service dealer in the country for Motion Control Suspension Dampers and JRi Shocks.

The company is run by Rob Palermo, who has more than 25 years’ experience in the shocks game having crafted his profession in the United Kingdom before applying his knowledge in Australia.

On top of being a one-stop shop for the likes of Motion Control and JRi equipment, Racing Shocks Australia also service and rebuild shocks manufactured by Ohlins, Sachs, Penske, and Supashock.

“We’ve been contracting to motorsport teams and our customers from a state level upwards for a number of years.

Palermo started RP Motorsport Developments, of which Racing Shocks Australia is a subsidiary, 15 years ago and even before that had a colourful career in motorsport.

Having engineered Jamie Whincup at Tasman Motorsport in 2005, the Melbourne native also previously worked at Garry Rogers Motorsport, Jordan Grand Prix and with David Brabham in 1997.

“I’ve been involved in motorsport for over 25 years and spent five years over in the UK before learning the trade and coming back here and working with various Supercar teams,” Palermo added.

“It wasn’t so much as difficult to apply in Australia, it was difficult to learn. At the time I went overseas there weren’t many opportunities in motorsport.

“Supercars hadn’t really taken off to the point it was in the early 2000s.

“My large experience with shocks overseas was with Jordan Grand Prix and I was able to see the latest technology which has come forward in the shocks that we sell today.”

Motion Control Suspension are a strut specialist but also build coil over shocks, which are popular among Porsche and BMW track day car owners, while JRi Shocks are involved in various categories & are the control shock for the S5000 championship.

“It’s making something that a lot of track guys and state level guys can access of a higher quality, low maintenance units,” said Palermo of their innovations.

“For example we’ve released some steel-body struts for Commodore runners in Production Car racing and Improved Production, which have proven to be lighter & stronger than other brands on the market.

“Basically our market isn’t so much high-end professional teams, it’s those guys who want something of better quality that can get the service and reliability that other brands can’t supply.”

“I think Networkcafe is a great concept and a great way of supporting businesses, especially when COVID hit,” Palermo commented.

“It’s great that it’s not just teams and drivers it’s also businesses being recognised for what they do and what they can supply.”

CLICK HERE to connect with Racing Shocks Australia on Networkcafe.com.au.