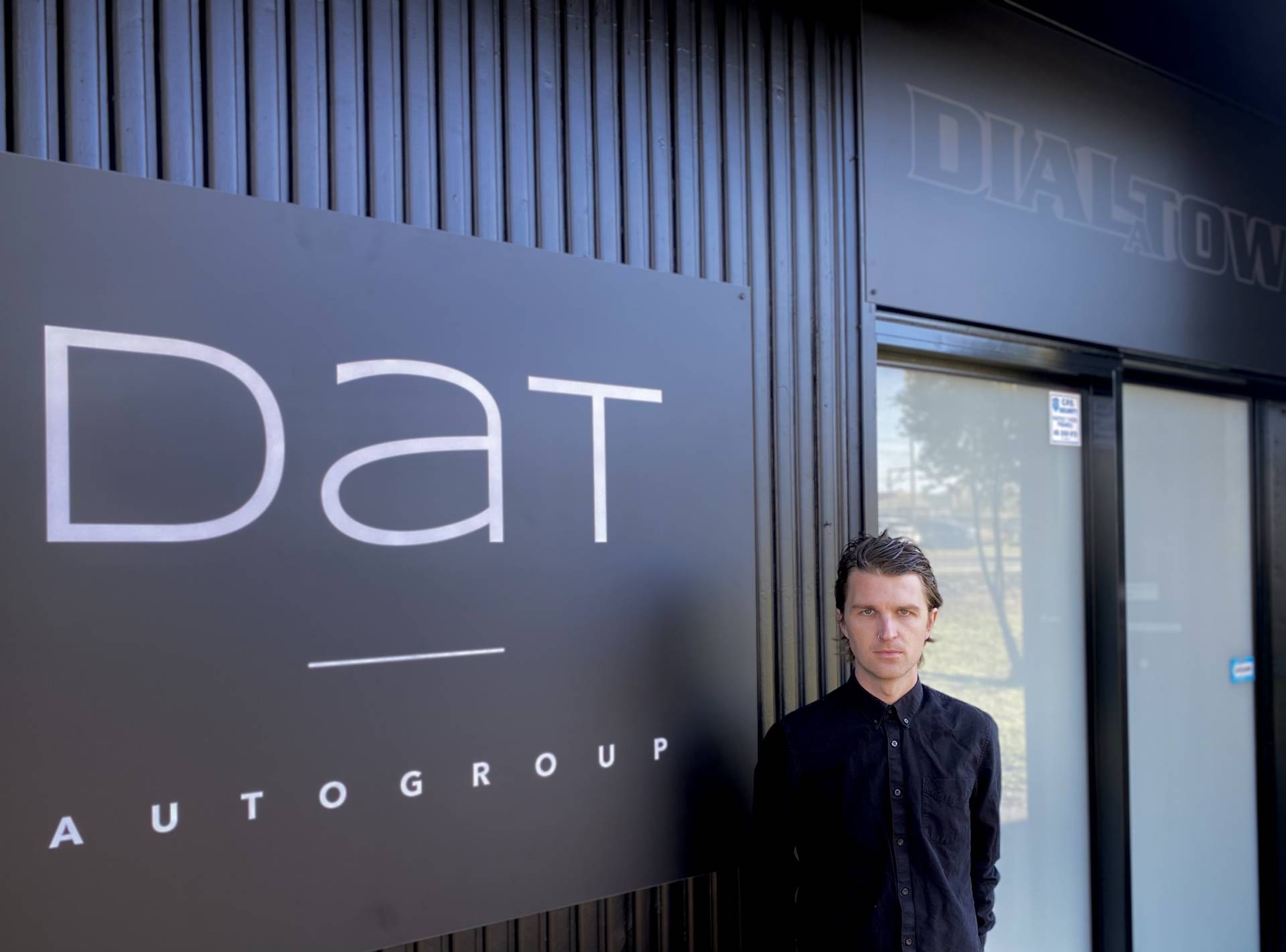 There have been sweeping changes at DAT Autogroup in recent years, with Ryan Mortimer playing a key role in the business’ transformation.

What began as a typical tow-truck service has morphed to become of the leading vehicle transport, storage and dealer service enterprises.

As Chief Operating Officer, it’s been Mortimer’s role to identify and act on opportunities to add value to customers while driving DAT Autogroup ever forward.

“Since the dawn of time, I’d probably say now about 12, 13 years of experience of essentially scaling businesses and making them more accessible,” he explained of his background.

“So the majority of the work that I’ve done is within the automotive industry, as well.

“We’re very fortunate because a big company, like one of our competitors, they’re probably employing 50 people to do what we have eight to nine people to do.

“What that means is, whether that’s your automation through portals, booking systems, all that sort of stuff, basically the main part of my experience is [about] maximising the benefits for the client while also keeping us running smoother.”

He’s been integral in developing the business away from its tow truck roots into the multi-faceted company servicing the automotive sector.

“We shifted away from your standard, ‘I’ve had a prang and now we’re going to tow your car’ and ‘yeah, mate we’ll get you fixed’ and all that sort of stuff,” Mortimer said.

“There’s elements that still exist, but we’ve sold that on.

“What we do now is we focus on mainly like big car dealerships, auction houses, fleet control, all that sort of stuff.

“For example, Dutton Group, essentially they’re the kings of the players,” he added.

“So we cover all their Sydney to Melbourne, Melbourne to Sydney, and a lot of their Queensland stuff.

“As well as all the car dealerships that you could think of, we cover I think in total more than 20 major dealership groups.

“So that can cover from storage to pre-delivery, so for example, the cars come off the wharf come to our site, we detail them, code them up, check all the systems are working, all that sort of stuff as well.

“We have a whole division of the business that covers relay, interstate transport for what I guess the other players in the game, they’d be known as mum and dad movements.”

The automotive business is a dynamic one, with Mortimer admitted that DAT Autogroup needs to remain nimble, scalable and adaptable amid the challenges posed by the current pandemic.

“In terms of vehicle storage and pre-delivery, with stock numbers and stuff, it’s been really hard for people to get vehicles,” Mortimer explained.

“So in that sense you see a big decrease in, I guess your local movements and, and obviously your pre-delivery and automotive services, but also you see a massive increase in interstate transport.

“The biggest thing that I guess you notice, is other than the stock numbers, is that you see that brands like the MGs, your Mazdas, you really see who has the capacity to keep rolling and get the people of the country through a pandemic.

“We’re fortunate because we’ve scaled and changed a lot about some of the services that we provide.

“You always had to be prepared for an influx,” he continued.

“So say, for example in vehicle storage, if someone pulls the pin on a major player, they’re not bringing you 80 cars to store, they’re bringing you 500.

“For example, pre-delivery, while we’ve always done automotive services, which might be things like regos, interstate transfers, pink slips, stuff like that, [but] now we’re seeing a big uptake in our pre-delivery services, which before was sort of like a side sort of service that we offered.

“So really adaptability and just being prepared for what people [want].

“You have to be prepared to add all your protocols for any contact listings or any challenge that the governments throws at you, really at this point.”

Mortimer added that the NetworkCafe.com.au services helps DAT Autogroup to connect with other likeminded businesses, industries, and individuals.

“For us really, it was a no brainer because we do a lot of obviously across the automotive industry,” he explained.

“The natural thing that people gravitate to is motorsport.

“We do a lot of sponsorship and assistance with grassroots motorsport, and that covers everything from drifting to club days, Formula Ford, all that sort of stuff, even drag racing.

“So for us, it was a natural sort of directory to gravitate to, because it’s in line with our views.

“We’re big fans of Speedcafe, it’s pretty much, if you went on our web metrics on lunch times or in the mornings, you would probably say that’s the most visited website, by triple the amount of what people check Facebook,” he added.

“We’ve got big screens, we provide the workers with the freedom when there’s Supercars on a Friday or something like that, or Le Mans, we’ve got that on the free-view all over the office so our employees can watch.

“For us, that was the main thing; it was just being in a community of like-minded people, getting the name out there and just being in that environment where we support, generally.”

CLICK HERE to connect with DAT Autogroup on Networkcafe.com.au.