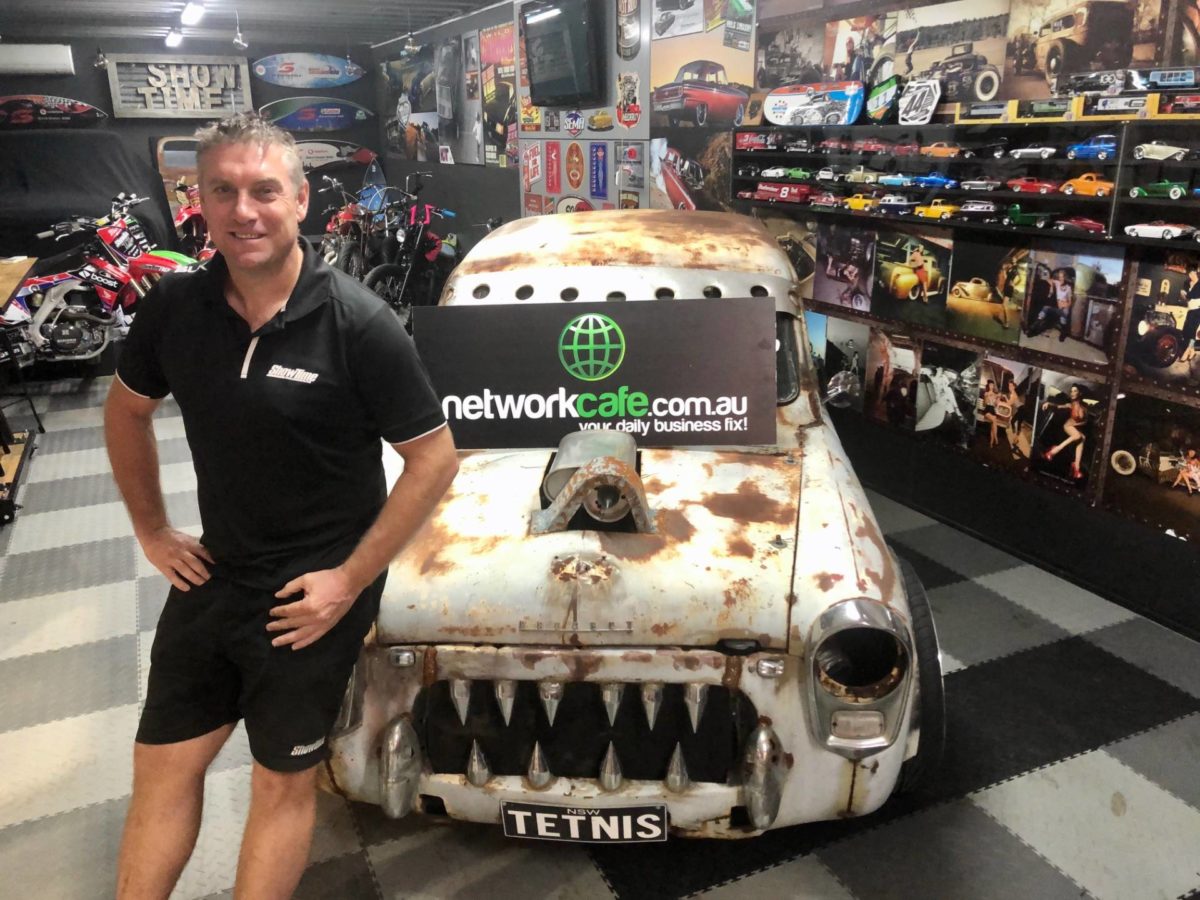 Gary Reid and his team at ShowTime Entertainment go back to work today and the Networkcafe.com.au members cannot wait.

Reid’s waterski team will be back in action in the Thunder Lake Stunt Show at Sea World on Queensland’s Gold Coast, three months to the day that COVID-19 rocked their world.

“One of the first things we did when all this (COVID-19) went down was to meet with the management team at Village (Roadshow),” said Reid.

“We said we wanted to work with them through this and basically we hit the pause button on our contracts for our shows at Movie World and Sea World.

“We have been in constant contact with the CEO and been tweaking everything we can to make sure we would be ready to go when the gates opened again.

“I started my career as part of the Sea World water ski team 24 years ago and it means a lot to be back here with our own show.” ShowTime’s return to Sea World is the cover feature of this month’s Club Marine magazine which is Australia’s Leading marine lifestyle publication.

ShowTime missed the Sydney Royal Easter Show which is one of their biggest of the year and are really in a ‘wait and see’ holding pattern as the world battles its way through the coronavirus pandemic.

To make things worse, Reid’s wife Amanda owns two gymnasiums, which, along with the major event industry, have been two of biggest hit sectors.

“It has not been easy for anyone, but you cannot stop,” said Reid.

“We are grateful for our relationship with Sea World and Movie World and to at least be back doing what we love to do and that is putting on a show.”

ShowTime FMX was founded by Reid following his successful international career as a professional water skier in Australia and the United States.

As an experienced entertainer and former member of the Australian Water Ski Team (1994), Gary took his passion for performance and transformed it into the world of motocross with the establishment of the ShowTime FMX Freestyle Moto X Team.

The innovative concept was launched at the Royal Canberra Show and more than 5000 shows later the team continues to tour major shows and events across Australia, entertaining crowds with edge-of-the-seat action.

In 2011, Reid relocated his business to the Gold Coast and within 12 months he had developed a new stunt show at Movie World.

Reid’s group was further expanded with the development of ShowTime Kustom Garage which supplies activation vehicles for large-scale events including the Vodafone Gold Coast 600.

The team designs, manufactures and supplies everything from hospitality semi-trailers, activation pods, custom office fit-outs and vending machines through to modified hot rods, motorbikes and motorhomes for high-profile clients such as Nissan, Yamaha, Honda and Betta Home Living.

All these elements mean that ShowTime now employs more than 40 people under the leadership of Reid who is one of the most passionate people you can meet in the entertainment and activation industries.

In the most difficult period in motorsport and automotive history, Networkcafe.com.au has been developed by Speedcafe.com as a valuable support mechanism for the industry and its suppliers, sponsors, clubs and organisations.

Showtime Entertainment was a natural contender to become a Networkcafe.com.au member.

“We have been a part of the motorsport and automotive industries for a long time and we have been fans of Speedcafe.com since day one,” said Reid.

“The development of Networkcafe.com.au is further proof of their commitment to our community and there was no question as to whether we or anyone else should be a member.”