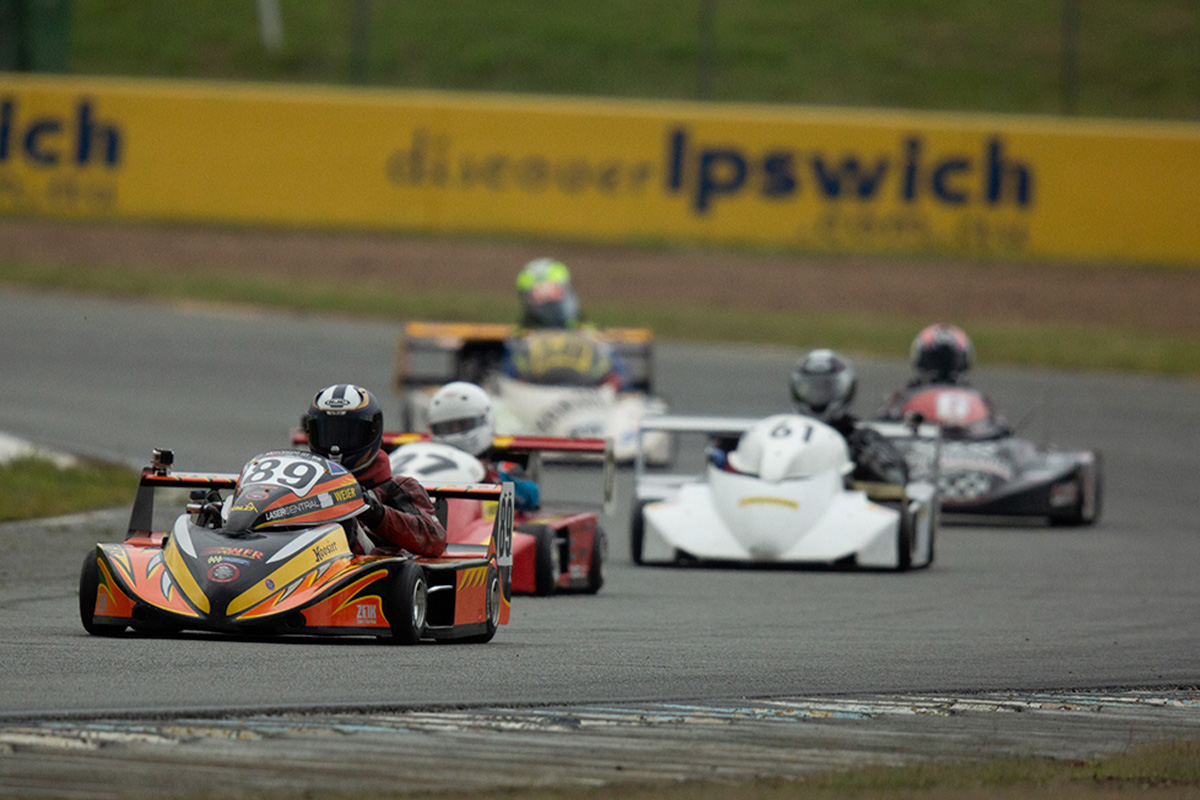 If you’re searching for the perfect racing club to build your skills, the Queensland Superkart Club may be the perfect match.

With competitive but safe racing, the Superkarts race from 85cc to 250cc karts which reach speeds of up to 250km/h at faster race tracks such as Phillip Island and The Bend Motorsport Park.

These karts hold track records around Australia, and vice-president Tim Weier has said they can be faster than Supercars and Sport Sedans.

“There’s not a significant difference nowadays between the 250 singles and the 125cc gearbox karts, it’s only a couple of seconds per lap,” Weier said.

Weier said the club is all about having fun and endulging in clean motor racing.

“The Queensland club has a reputation of being the most welcoming… everyone helps everyone out.

“It’s not unusual if someone breaks down for someone else to loan parts to help them get back on track.

“We’ve had guys give whole spare engines to people to get them back on track; it’s rare, but it’s happened.

“We very much stand for good fun, close and clean racing, and enjoy the sport of super karting.”

The Superkart Club is known to be a good platform for young motorsport lovers to develop their skills with the manual gearboxes being a step up from the non-gearbox sprint karts.

Jack Westbury began racing at the club at just 13 years of age and has now begun his Toyota 86 career, currently working on his car to head into the national series.

Weier says he is looking to break the stigma of go-karting being a dangerous sport.

The club is looking for new members to join in the fun of Superkarts.