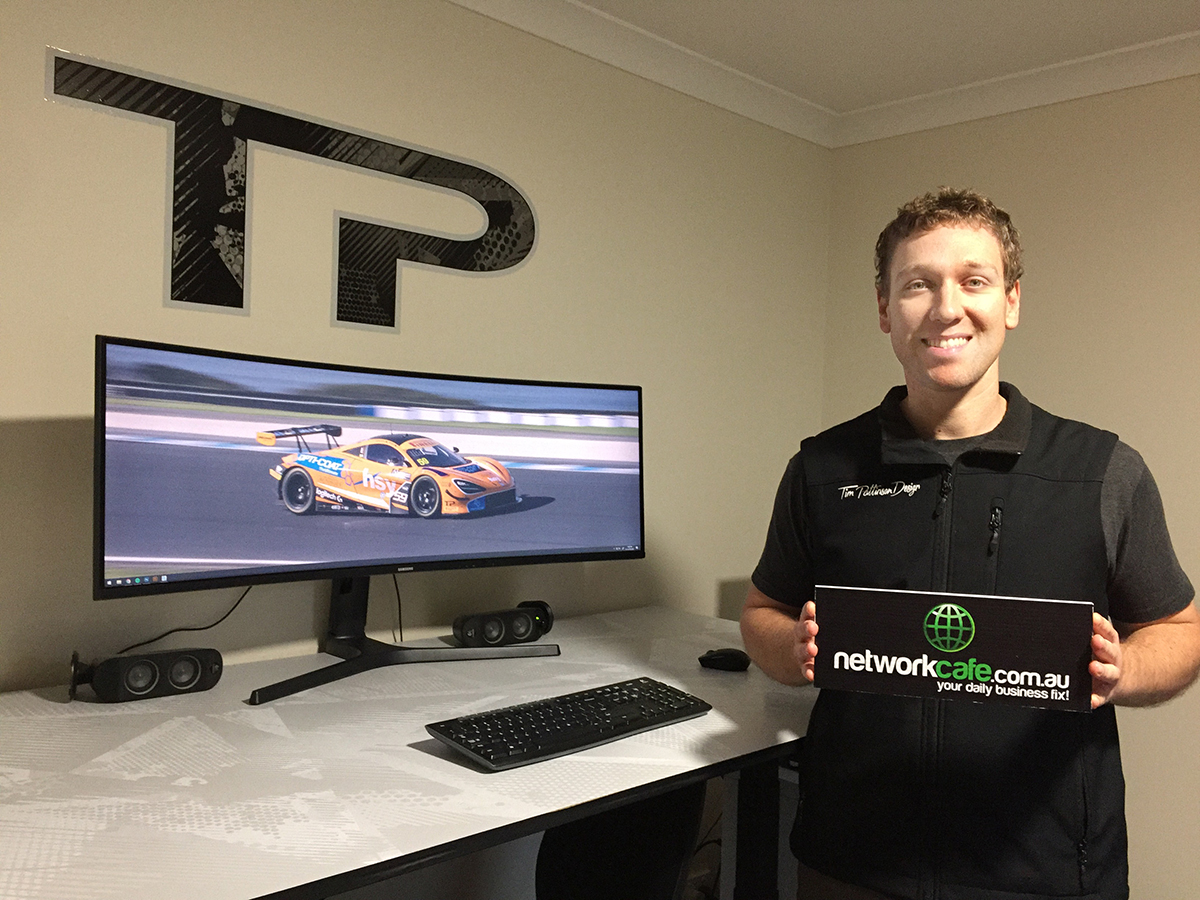 Like many operators in the automotive and motorsport industries, Tim Pattinson is a sole operator who lives and breathes his design and signwriting business.

The 31-year-old is based in Melbourne with his young family, but his work life has virtually been put on hold as the coronavirus pandemic wreaks havoc on the motorsport and automotive communities.

Like many, Pattinson operates from season to season relying on his long-term loyal clients mixed with casual customers, looking to find that perfect representation of their sponsors and team, but the current environment has basically thrown a catch net over his operations.

TP Race Design is just one of the thousands of the industry’s small businesses whacked by COVID-19 set to benefit from the creation of Networkcafe.com.au – a new free directly for the suppliers, sponsors and organisations that keep the sport moving.

“It’s tough and it’s tough for everyone,” said Pattinson.

“You need to work smarter and use the time to improve your skills and what you have to offer.

“The development of Networkcafe.com.au could not have come at a better time for the industry, especially the smaller sole operators.

“After only a few days you can see the network developing and I am sure there is going to be a heap of business-to-business as a result.”

Pattinson grew up in Weston Creek, Canberra – a long way from the racetracks of the world where some of his unique designs have ended up.

He never really had any contact with the motorsport industry until he started playing around with car designs in on-line forums while he was enrolled at the Motorsports Training Australia facility in Wodonga, Victoria.

His first real “job” came when he was asked to design a livery for the Commodore Cup car of Tony Bates. He must have done something right because more than 10 years later he is still a client.

Seeing his design on an actual race car stoked his enthusiasm.

His business grew through his Facebook page and he started studying graphic design in 2011 when he received a surprise call from Supercar driver and team owner Rick Kelly.

Two weeks before the Clipsal 500 in Adelaide, Pattinson was in his first major gig as a signwriter and designer for Kelly Racing. 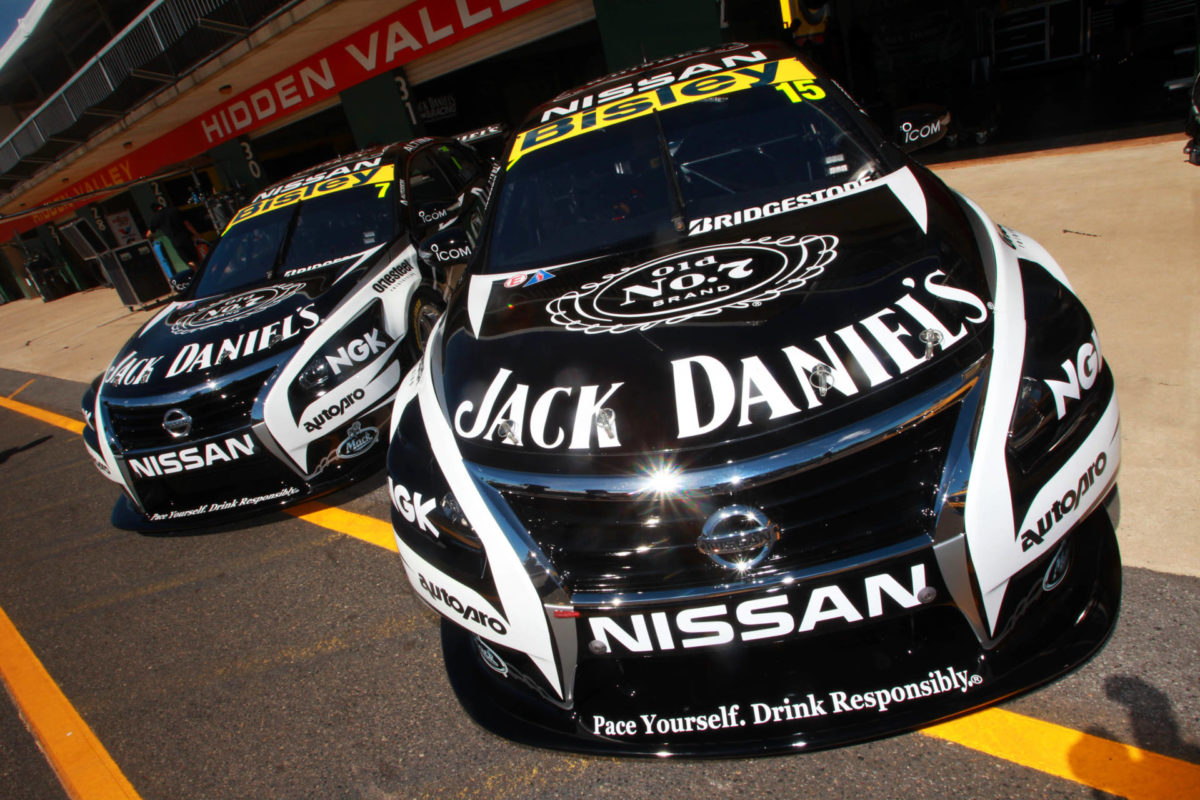 Tim Pattinson is responsible for the Kelly Racing liveries

The position also allowed him to provide freelance designs on the side.

“It was a furious pace, but I learned so much in such a short period and was making the most of the opportunity to do some cool stuff.”

In 2013 Pattinson took the big plunge to go out on his own on a full-time basis, with signwriting services now part of his resume.

He was able to take the leap with the knowledge that his two long-term clients Bates and Kelly Racing would be sticking with him and providing a base to build on.

While racecars are his bread and butter, Pattinson also does a lot of corporate design as well as working on other “go fast” machinery like Matt Hall’s Red Bull air race plane, The Team Isuzu D-MAX stunt team and Darren Morgan’s top fuel dragster.

While helping Pirtek Team Murray prepare for the 2016 Indianapolis 500, he was one of the first livery designers in Australia to do complete texture on model 3D Renders, leapfrogging the presentation standard that is now common when presenting to sponsors.

“Every design has its own challenges, but there are probably a few that stick out for different reasons,” said Pattinson.

“The Penrite Racing 2017 Bathurst winning livery is something that will always be very special.

“Any race win is amazing but to win the big one at the Mountain is next level, there’s only a small group of people who have designed a Bathurst winning livery over the past 20 years and I’m lucky to be a part of that.” 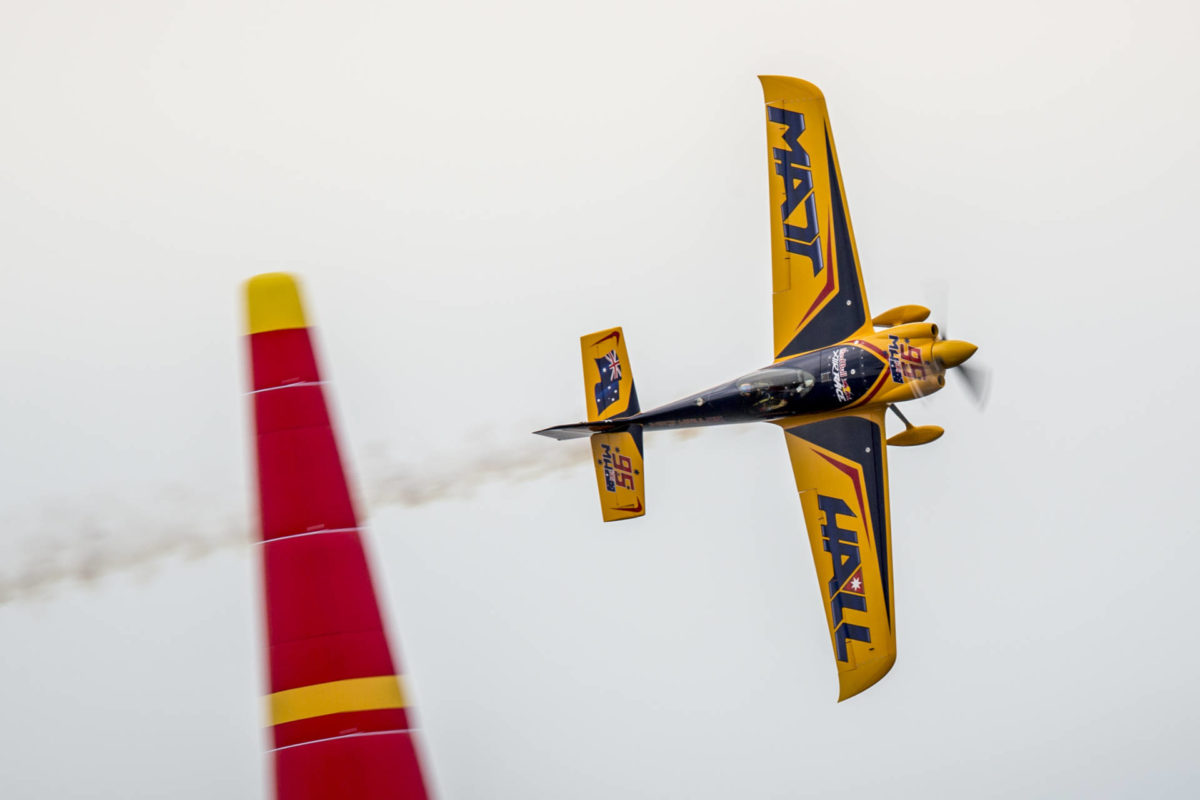 Pattinson was also tasked with the challenge to design and install the first McLaren 720s GT3 outside of Europe, which was no small feat given the tight window from when the car landed after round one of the Supercars to the Wednesday of the Grand Prix.

The efforts were well worth it with the team scoring the first McLaren Customer Racing win in the world for the new car.

“The design might not make the car go faster, but it can give a team a sense of real pride that resonates through the operation and it is a good feeling being a part of that when it all comes together.”