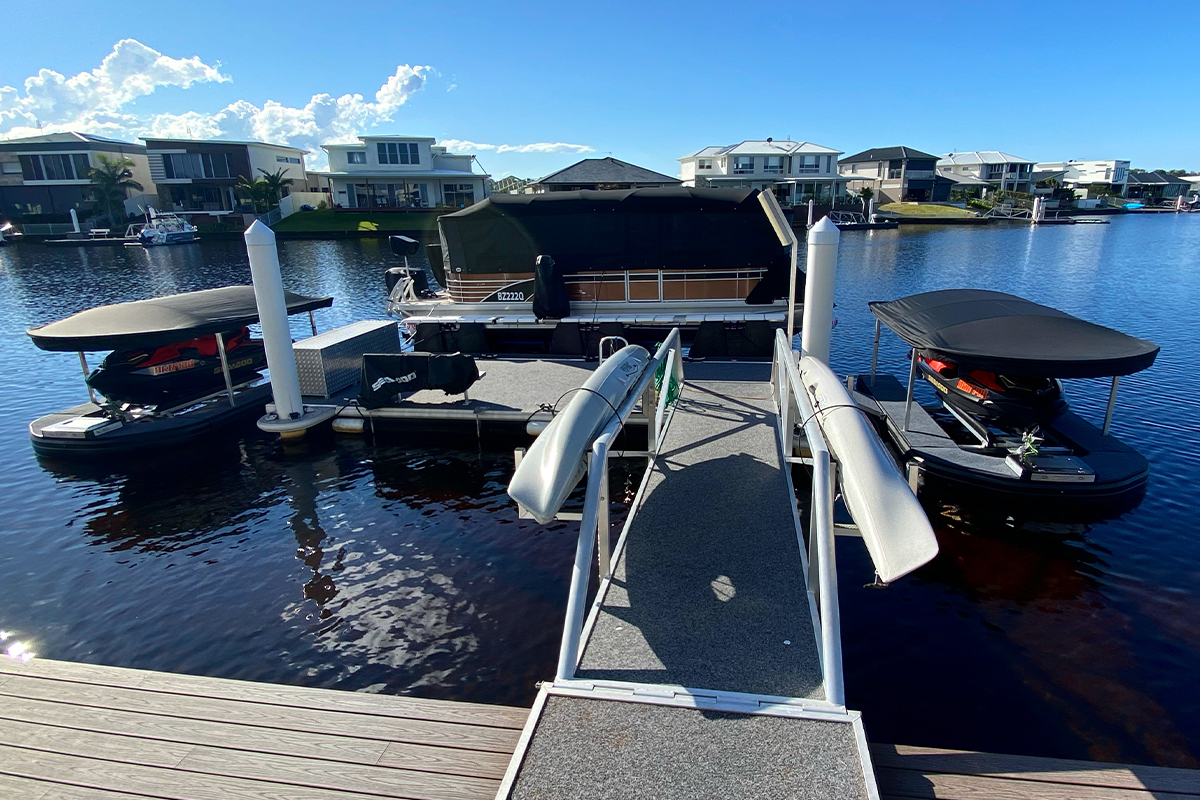 Ultimate Docking Systems is based on the Gold Coast

More than a decade ago Angelo Siokos had an epiphany.

Sick and tired of battling his jet ski before and after use, he had an idea to make his life a lot easier by designing the “Ultimate Jet Ski Lift”.

Not getting any younger, Siokos found himself continually avoiding the use of his jet ski because he could not be bothered with the hassle of launching and docking it or the frustration of trying to maintain it on its traditional pontoon.

Rather than ignoring his problem and concentrating on golf, Siokos got out his trusty notepad and pen and started to design a solution to his problem.

The end result could not be named anything but, “the Ultimate Jet Ski Lift”. 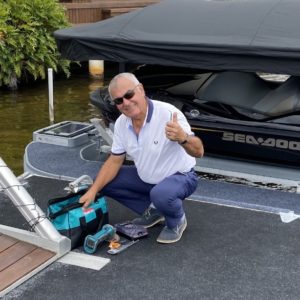 Ten years later the product is now in its third generation of development and has become regarded as the best product of its type anywhere in the world.

The lift is a combination of quality marine-grade aluminium with integrated anodes and high-grade polyethylene.

The ancillary fittings are stainless steel ensuring a long trouble-free life and reducing the cost of replacement due to failure or corrosion.

It incorporates a fully-independent 12V system charged by a solar panel located at the front of the unit that is also set up to “trickle charge your Jet Ski battery” so it is always ready for use.

A Jet Ski stores clear of the water with no waves washing into the parts of it from passing boat traffic.

The system allows you to simply step on to your ski and retract to water level with the push of a button on a remote control.

The ski is designed and manufactured in Australia and a new distributor has just been appointed in North Carolina to handle the increasing demand in the United States.

The Ultimate Jet Ski lifts are transported to the US in containers 12 at a time.

​”It has been a long journey, but we are very proud of what we have created,” said Siokos.

“You can launch and retrieve the jet ski within seven seconds with just the press of a button.

“It stores under its own cover which means hassle-free maintenance.

“You can walk right around you ski and flushing it after use is a breeze. The lift has been designed in Australia and is manufactured here and we are proud to say there is nothing that comes close to it.” 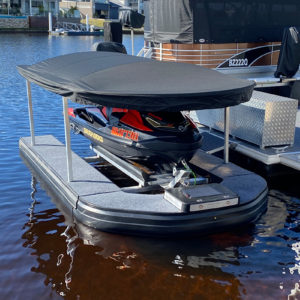 Listening to the market, Ultimate Docking Systems, located on Queensland’s Gold Coast, also now offers a wide range of docking systems for both Jet Skis and boats alike that are suitable for multiple applications.

They also produce a range of options for commercial and marine applications including floating wharves and jetties.

Networkcafe.com.au was established in an effort to create a network for small to medium-sized businesses associated with the motorsport or automotive industries that could be negatively affected as a result of the COVID-19 pandemic almost two years ago.

Speedcafe.com founder and owner, Brett “Crusher” Murray, said with the amount of people in the automotive space also attached to the marine industry that the inclusion of Ultimate Docking Systems as a Networkcafe.com.au member made perfect sense.

“We have been incredibly proud of what we have contributed to the business community through Networkcafe.com.au,”said Murray.

“We have some exciting things in the pipeline which will allow us to take the network to a whole new level in the next couple of months.

“It is great to make contact with wonderfully innovative people like Angelo and tell the stories of businesses like Ultimate Docking Systems which create fantastic products and keep so many people employed.”